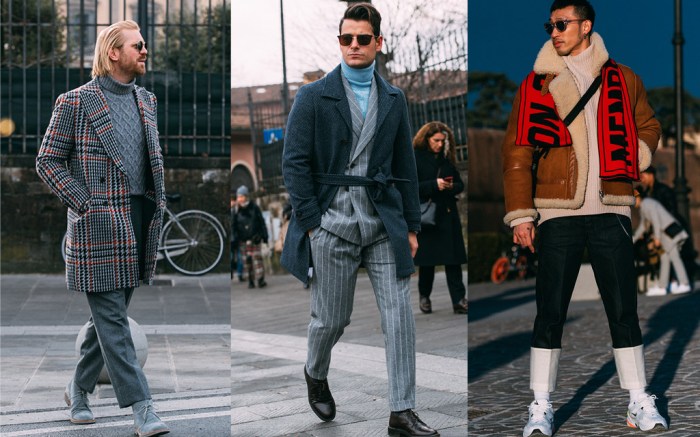 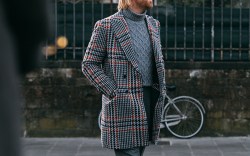 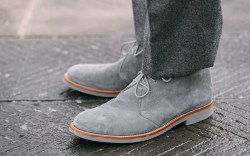 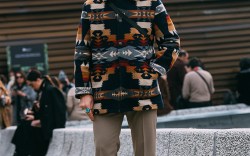 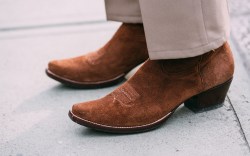 Pitti Uomo, the biannual menswear fair in Florence, Italy, wrapped up its fall ’19 show today during Men’s Fashion Month. This time around, the event, which is known for attracting incomparable street style, didn’t disappoint, and FN was on the scene to capture its best moments.

As far as trends were concerned, the male guests continued to choose sneakers as their footwear of choice. Popular brands included Nike, Balenciaga and Converse. However, the chunky dad shoe trend seems to be coming to an end. Rather than choosing Balenciaga’s Triple S, men opted for the label’s new hiker-inspired Track Trainers.

There was also a hint of Western, as seen on attendee Alladin Philipe Faily. He wore a pair of Heritage boots paired with a Southwest-inspired Pendleton coat with a shearling trim.

A lot of men went for sleek and polished ensembles featuring suiting and classic loafers. Some accessorized with hats and scarves. And those who opted for more typical men’s shoe silhouettes made sure they were elevated. For example, the derby boot by Junya Wantanabe was spotted, and it was updated with a reflective yellow strip that couldn’t be missed.

Click through the gallery to see more impressive street style at Pitti Uomo.

Y/Project Will Be the Next Guest Designer at Pitti Uomo