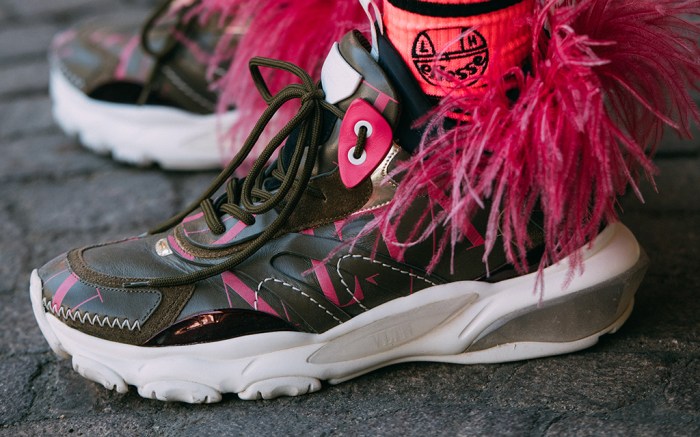 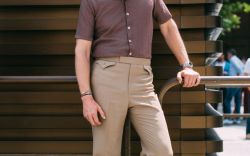 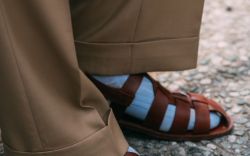 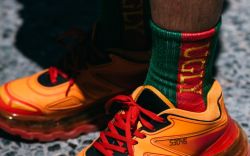 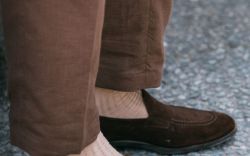 Pitti Uomo, the menswear trade shoe in Florence, Italy, wrapped up on Thursday — with many impeccably dressed men in attendance.

Some of the guests opted for sleek, suited ensembles, which they paired with everything from loafers to sneakers and sandals for slightly more casual takes. As far as accessories goes, ’90s-inspired looks like bucket hats and sock-and-sandal pairings were popular. The men also weren’t afraid to play with bright hues and bold prints in their apparel and footwear choices: florals, button-downs, pastel-colored suits and turquoise-colored brocade loafers all hit high notes on the Italian streets.

Delving into sneakers, the chunky kicks trend proved it’s here to stay. They were seen in oversize, maximalist styles like Valentino’s feather-embellished trainers and multicolor kicks from Moschino. Other sneaker brands like Converse and Nike took center stage, including the Swoosh’s buzzy collaboration with Sacai.

And in what appeared to be an homage to Pride month — which coincides with the Pitti Uomo shows — one guest rocked No21’s chunky kicks, featuring a rainbow flag-inspired accent.

Below, Watch FN interview dads on the dad shoe trend.

Gigi and Bella Hadid Bring Back the Power Pump, While Irina Shayk Stomps Out in Platforms at Versace’s Milan Men’s Show