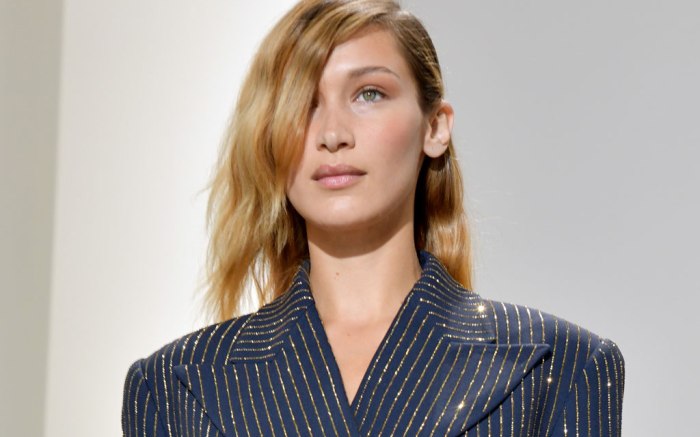 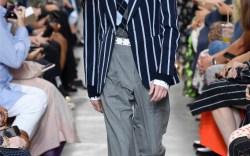 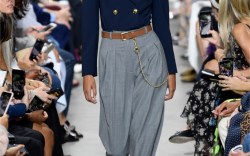 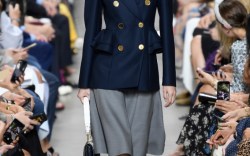 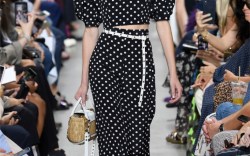 “This land is your land, this land is my land … from California to the New York island … from the redwood forest to the Gulf Stream waters … this land was made for you and me,” were some of the words that accompanied Michael Kors’s spring 2020 collection down the runway. The Young People’s Chorus of New York City sang them — among other classic Americana songs — as 1940s–inspired looks appeared on the runway. The show was a celebration of what’s made the good ole USA great — inclusivity —  and featured one particular cashmere sweater with the word “Hate” crossed out.

Why bring back the crisp tailoring and uniform dressing of the 40s? Because that’s when the country was most united, after having come together to fight in World War II, he explained to Vogue.com. As for the shoes?

Platforms are in this fall and aren’t going anywhere for spring. From brogues to sandals to lace-up styles, the elevated shoe was paired with sportswear looks. But when it came to the footwear pairings of the collection’s signature 40s polka-dot dresses, and blazer and trouser ensembles, what else but ankle-strap pumps and Mary Janes could go with them?

Kors isn’t the only designer to make a statement at New York Fashion Week about the nationalist wave that’s invaded America in the era of Trump politics. Tom Ford made a statement against the proposed border wall, and Kerby Jean-Raymond of Pyer Moss put the spotlight on African American culture and activism with the final chapter of “American, Also.”

“As the world gets worse, it’s the only ammunition we have,” Kors told Vogue.com.