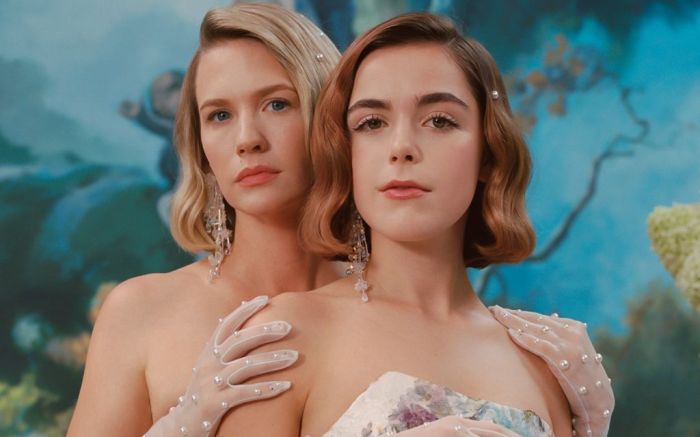 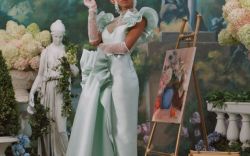 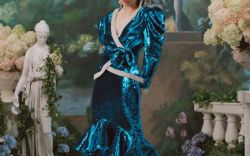 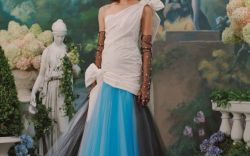 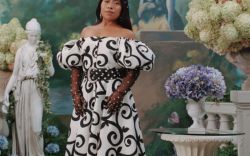 In the effort to draw the global crowd back to New York Fashion Week, one of the biggest pushes of the CFDA and its new chairman, Tom Ford, has been to bring back some of the prestige brands that decamped to Paris a few seasons ago. Proenza Schouler made its way back last September for the spring ’19 season, while Altuzarra is still in Paris.

One of the other names that often comes up is Rodarte. Cofounders Laura and Kate Mulleavy have dropped in and out of NYFW over the past few seasons, showing in the city for spring ’19 a year ago but heading back to their home base of California for fall ’19. The show, held in San Marino just outside of L.A., brought out undoubtedly one of the biggest celebrity crowds of the entire season. Diane Keaton, Brie Larsen, Tracee Ellis Ross and Dakota Fanning held court on the front row — and seemed to have a lot more fun than they would in a similar situation on the East Coast.

For spring ’20, Rodarte is once again off the NYFW schedule. But on Wednesday, the brand did a surprise launch of its new collection via Instagram, featuring many of its famous Hollywood friends and muses. It’s likely to be one of the most star-studded “shows” of NYFW’s spring ’20 season — and the brand isn’t even officially part of it. The move is once again questioning the power of fashion weeks and if designers actually need to participate in them to gain the buzz and brand awareness that they promise to deliver.

“Many brands have played around with the traditional fashion week schedule, opting for other activations like digital campaigns or showing off the schedule. Rodarte’s Hollywood alignment certainly helps to do this, and it’s certain that the digital collection would have had less of an impact without the big names, which included but are not limited to: Kirsten Dunst, Gabrielle Union, January Jones, Kiernan Shipka, Lili Reinhardt, Maya Erskine, Alexa Demie, members of the band Haim, Yalitizia Aparicio, Rowan Blanchard, King Princess and Gia Coppola.

Dunst is one of the Mulleavy sisters’ longtime friends and muses and was the first post of the collection. In front of an Italian Renaissance set of marble statues and goddess frescoes, the actress appeared in a mint green tulle gown, dotted with pearls from her hair down to a pair of white sheer opera gloves.

The Mulleavys made sure that Dunst was in good company, a diverse and inclusive group of actresses, musicians and performers who represent the changing faces of both fashion and Hollywood today.