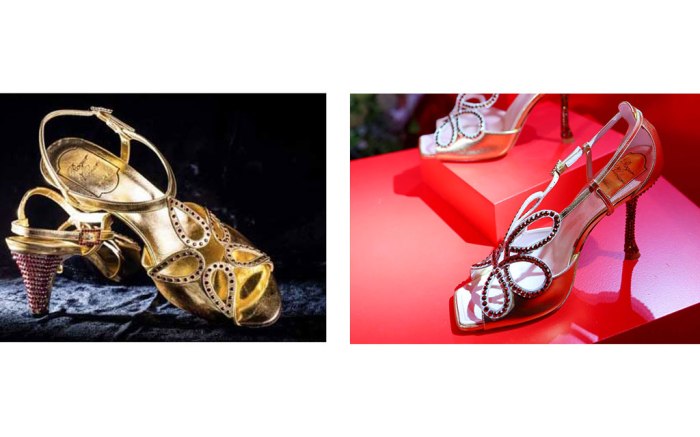 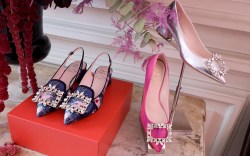 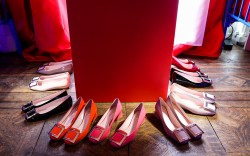 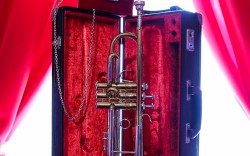 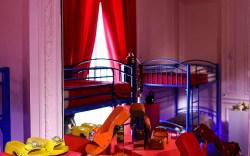 It’s been 66 years since Queen Elizabeth II wore Roger Vivier’s sandals for her coronation — one of the most important moments of her life.

Nearly seven decades later, the legendary royal is inspiring the house again. Vivier creative director Gherardo Felloni tapped into the label’s rich archive to reimagine the 1953 style. The intricate design of the new Queen sandal features a fleur-de-lis motif and a crystal-encrusted heel.

The spring ’20 look was unveiled at Paris Fashion Week on Thursday, when Felloni once again put on quite the show in one of fashion month’s most creative presentations.

Staying with his Hotel Vivier theme for the third time, this year’s “Call Time” show was all about the action that goes on backstage. “I have always been inspired by theater, musicals, the cabaret,” Felloni said. “Performance is always present, and this time, I want to show the guests of Hotel Vivier the part that is not shown, what’s usually hidden behind the scenes.”

One tucked-away space revealed actors playing iconic women who had gathered for an opulent dinner party and performance. The cast included look-alikes of the young Queen (with one of her beloved Corgis), Josephine Baker, Marlene Dietrich, Jacqueline Kennedy and Brigitte Bardot.

In another room, there were showgirls rehearsing for the cabaret and young ballet dancers learning a routine. Next door, cheerleaders applied their makeup in a scene inspired by “I Say A Little Prayer” and the “Glee” cast’s performance of the famous Aretha Franklin song.

Nearby, Anna Cleveland, a model du jour, posed with a pretend couture designer as she prepped for her turn on the runway.

The best part? The entire cast gathered once an hour to come out of the shadows and put on a performance.

All of the fantasy aside, there were several notable new shoe styles that will define the collection for spring ’20.

As comfort and high fashion continue to converge like never before, Felloni introduced a clog, his own favorite shoe of the season. With the soles handcrafted in wood, the uppers come in black, silver and light pink with a miniature crystal buckle, Vivier’s signature.

It’s a fun take on the trending comfort sandal and could be a hit among Vivier’s loyal consumers as well as new fans just getting to know the label.

Another star this season is the Tiki Viv mule, which takes cues from a heel that Mr. Vivier designed for Dietrich. The over-the-top feather and raffia style — crafted in an array of colors including lavender, orange and pastel pink — features strass (a brilliant glass used for artificial gems) and a crystal-covered sphere on the heel.