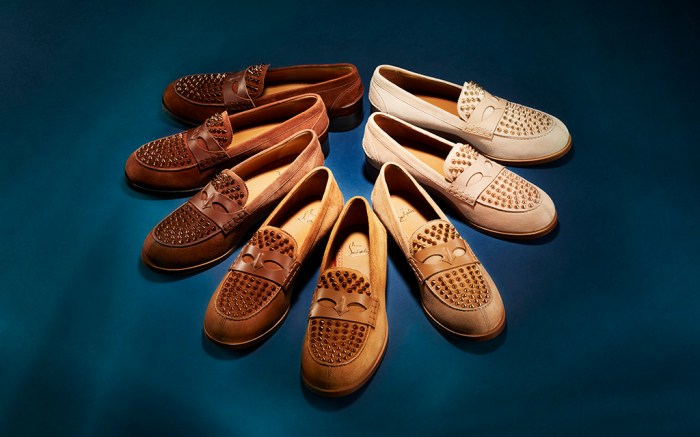 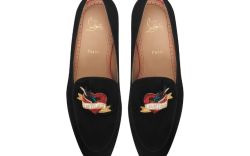 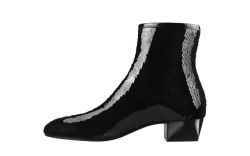 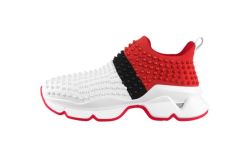 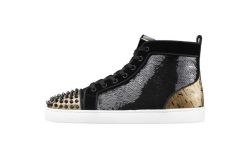 Today in Paris, Christian Louboutin staged his spring ’20 presentation in the Musée des Arts Forrains, and the collection had all the fun of a fair.

The designer was fascinated by the circus as a child and used to visit the museum, which is dedicated to 19th-century fairground arts. Alongside a talent for designing shoes, the red sole maven has another, less widely known, but equally impressive skill — he is an amateur trapeze artist.

“It’s a very good workout,” he told FN during the circus themed party he threw in the evening, “because you’re not thinking about exercise the way you do when you’re sweating it out in the gym.”

The fairground community is known for its inclusivity, and, with this in mind, Louboutin used the space as a forum to debut his new Nudes collection for men. Nudes launched for women in 2013, and now, special lines of heels and flats are available in eight different shades of skin tone, catering to as many ethnicities as possible.

Inclusivity, said the designer is “so important; it should be completely normal and natural, there is just no other possibility.”

The men’s Nudes collection comes in four models, a satin sneaker, a loafer in studded suede, an espadrille complete with crest detail, and a pool slide. There are even matching bags, including fanny packs and a crossbody style called the Loubilab pouch that doubles as a phone charger.

#ChristianLouboutin introduced its nudes range for men at the brand’s men’s spring ’20 circus-themed presentation in Paris today. Loafers, sneakers, espadrilles and slides now come in eight new shades. Scroll through the gallery to see more from the presentation. 📸s: @stiffyhm

The new season’s sneaker focus is the HappyRui low-top, which comes with shimmering panels and lamé details inspired by a ’70s tennis shoe, while varsity-style baseball boots showcased a new digital-repeat logo.

And finally, in a nod to the circus, there were loafers in a whimsical tattoo print, red velvet and patent Derby “clown shoes” with exaggerated toe caps, and crystal-festooned loafers in scarlet — perfect for an aspiring ringmaster.

Watch FN’s interview with Virgil Abloh at our Footwear News Achievement Awards below.

An Inside Look at Givenchy’s Unexpected Footwear Collaboration