Could Louis Vuitton’s Skirts and Sensible Shoes Bring Back Higher Hemlines for Spring 2020? 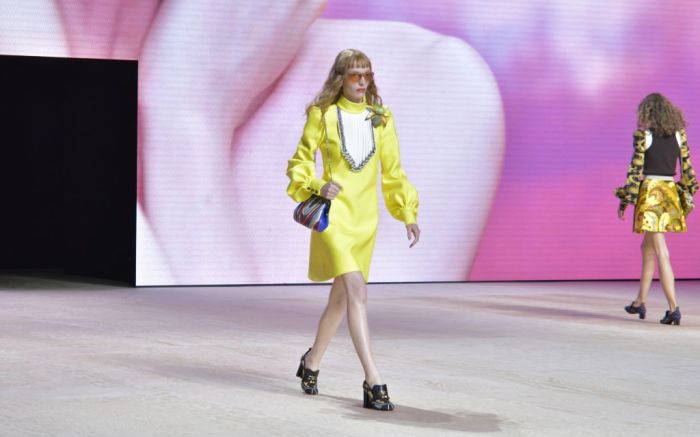 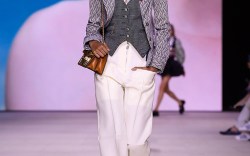 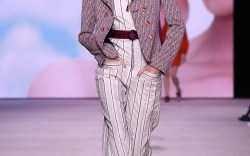 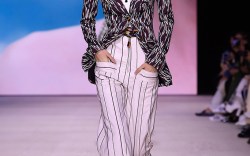 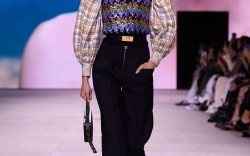 Louis Vuitton’s runway shows at the Louvre have long been a Paris Fashion Week closing tradition, an extravagant grand finale capping off a week in the fashion capital of the world. But on Tuesday night, it also had a bit of an “on the next season of” foreshadowing.

Creative director Nicolas Ghesquière’s lineup had a significant amount of miniskirts and generally higher hemlines than the silhouettes that have dominated the runways over the past handful of seasons. Paired with an overwhelming array of flat sandals and shoes for the season, could spring ’20 be the start of the miniskirt’s comeback?

If the hemline index is accurate (and apparently, it’s supposed to be), the midis and maxis of the past few seasons shouldn’t be going anywhere. With a recent recession rumors, Brexit turmoil, trade wars with China and now an impending presidential impeachment process, there’s no promise for a miniskirt.

But fashion doesn’t like to wait, and the trend cycle is ripe for a mini revival. And while one of the last iterations of the mini read as something sexier, thanks to sky-high shoes (think 2009), this time it feels more effortless, even liberating. That’s thanks in large part to the footwear, which was kept mostly to sensible loafers with flat or chunky heels, sturdy shoes meant to be walked in. It’s a big theme for the season and one that inevitably will allow for more freedom for the wearer when they are actually put to use next spring.

On the runway at Vuitton, the models looked carefree in their bare legs, reveling in the freedom of it all — instead of showing it all off.

Shoe of the Week: Louis Vuitton’s Steel-Toe-Inspired Combat Boot Is Tough Enough for Any NYFW Battle