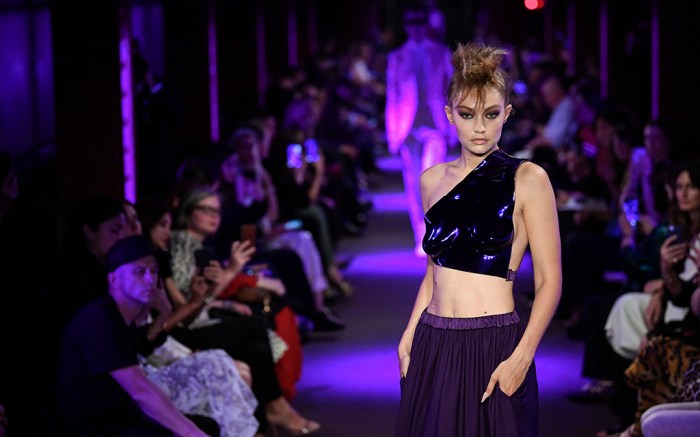 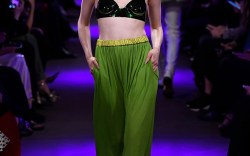 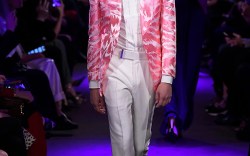 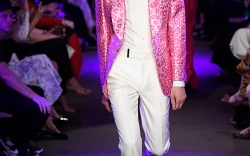 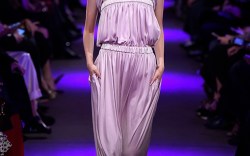 Tom Ford is going all-in on New York, and the setting for his spring ‘20 runway show really proved it.

The new CFDA chairman showed his collection at the Delancey Street J/Z subway stop in Manhattan’s Lower East Side, a notoriously gritty station that was the complete opposite of his usually slick setup at the Park Avenue Armory.

The front row was still very well heeled (Joan Smalls, Russell Westbrook and Ansel Elgort were all there in Tom Ford fall ‘19 duds, as was Miley Cyrus, who added more grit). So were the models on the runway, which included Gigi Hadid in crimped and spiked hair, a one-shouldered metallic purple crop top and matching pants.

There were many long ball skirts and roomy pants paired with crop tops and other minimal pieces. The silhouettes did not highlight footwear, but what was visible appeared to be rock-and-roll (and very 2009) black leather booties with rounded toes, and other colorways of the metallic ankle-wrap high heel sandals Gerber wore.

In the show notes, Ford cited many references, a departure from his usual ways of letting the collection speak for itself. “I  am usually reluctant to talk about the images that inspire me, as I believe that it was Coco Chanel that said ‘creativity is the art of concealing one’s source.’ I’ve always loved that quote. What I believe that she meant by that was that one should be inspired by things but change them in a way that makes them one’s own.” The inspirations weren’t exclusively from New York — but the result was.

Click through the gallery to see all the looks from the collection.