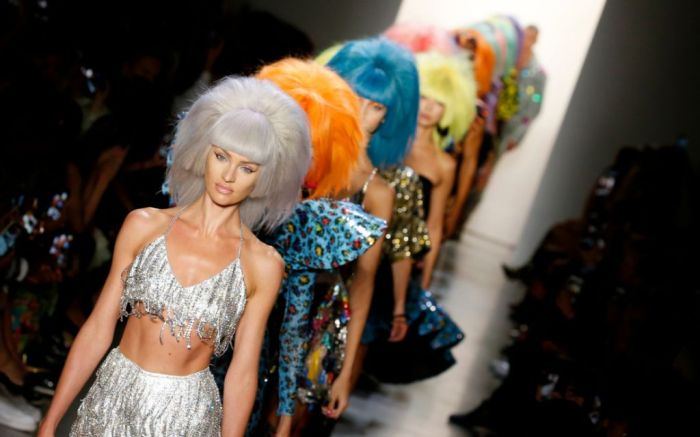 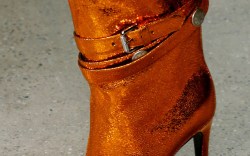 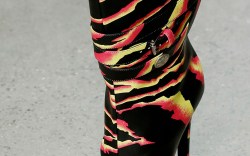 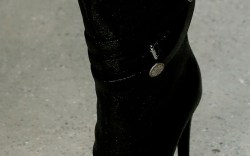 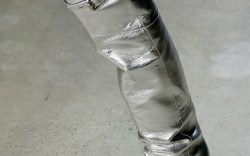 Maybe Jeremy Scott has been watching “Stranger Things,” too. The return of the Netflix show in its third season this summer brought another round ’80s nostalgia, especially with with mall architecture and a new wardrobe for Millie Bobby Brown’s Seven that included suspenders and lots of the decade’s graphic shapes and squiggles.

Scott’s spring ’20 show, which he presented on Friday, the opening night of New York Fashion Week, felt like a version of the mall’s set design but on steroids (and with many more sequins). Models strutted out in neon wigs ratted into bumps, a cross between Joan Jett and troll dolls. The ensembles were equally cartoonish:  Colorful dresses with Space-Age-in-the-‘80s curves had a slight Sailor Moon vibe and neon yellow zebra stripes mixed with saturated tropical prints on many of the men’s looks, keenly resembling the “Animal Lovin’” Ken doll of the late ‘80s.

A variety of colorful metallic boots, mostly over-the-knees, gave length and even more oomph to the looks. There was a pumpkin pair that Lily Aldridge walked in with a sequin leopard print t-shirt dress, a magenta style that Stella Maxwell donned with a two-piece that looked like it was made for Rainbow Brite. Candace Swanepoel closed the show in a pair of gunmetal gray over-the-knees paired with a silver fringy number.

The guys wore mid-calf boots, some metallic, some Western — some both — tucked into shirtless tuxedos and such.

Yet despite the the color and ‘80s cartoon references, the night was a pretty tame one for Scott, who somberly walked the runway finale (albeit in a pair of pink metallic pants.) Scott regular Gigi Hadid skipped the runway this time around, opting for a front row seat and a pair of newspaper-print overalls from the designer’s fall ‘19 collection as well as a set of gold-plated necklaces, including a chain from Missoma.