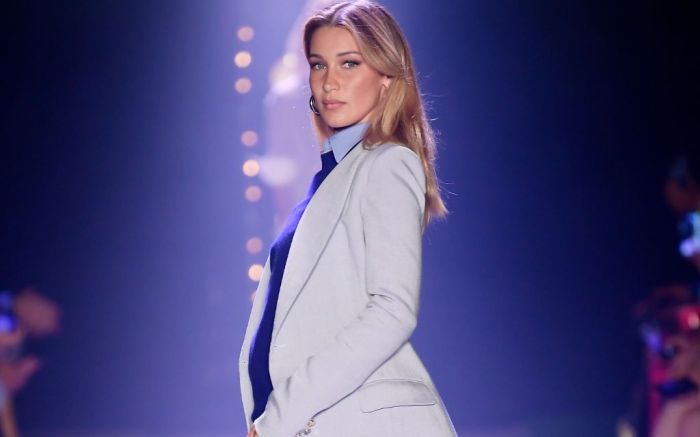 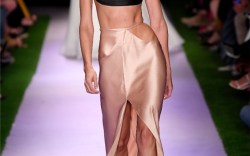 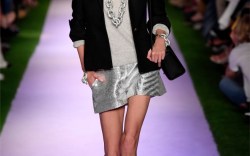 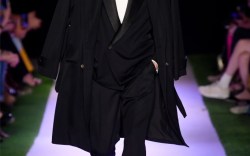 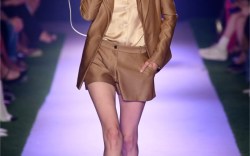 Since his debut in 2017, Brandon Maxwell has often been inspired by the ladies who lunch, specifically those from his hometown of Dallas, Texas, where there are well-defined ideals about glamour. They include big hair, evening clothes — and clean, colorful tailoring that can easily be worn with a pair of jeans and cowboy boots.

At his spring ’20 show on Saturday night in a Brooklyn studio that he transformed into his own nightclub, Maxwell took those ideals a few steps farther with a collection of sportswear, gowns and even new menswear that went to the core of what luxury fashion looks like for real America.

Maxwell’s show was scheduled right before Ralph Lauren on Saturday night, and it was hard not to see the homages to elder statesmen of American fashion, especially in an aesthetic reminiscent of Polo. There were blazers and there was clean, stonewashed denim. There were creative oxford shirts that even had the designer’s monogram.

Bella Hadid walked out in jeans, a sweater over a button-down, strappy silver sandal stilettos and a blazer that looked so American it was a little cringeworthy. The looks were clean but luxe, with pieces that you could see fitting into a wealthy man or woman’s wardrobe (there was even a blue shirt and khakis on one of the guys).

There’s a little less attention to detail in Maxwell’s collection compared to Ralph Lauren (justifiably so, as the latter has a much, much larger operation with entire departments devoted to those efforts). It’s also still unclear where Maxwell’s runway shoes come from, and whether or not he will ever dive into footwear. This collection would have been a great opportunity to partner with a Texas-based Western boot company for some more focused moments of Americana.

But the philosophy and vision are there, even if in their early stages. Maxwell’s shows also incorporate other elements of Americana, but of a new kind: There’s always Shake Shack before the show and often pink (not red) solo cups. Dolly Parton is usually on the soundtrack, and this time around Bruce Springsteen and Madonna were making music, too. The designer has curated a world of Americana that’s all his own, one that’s a bit more inclusive — but steeped in Texan luxury.

Click through the gallery to see all the looks in Brandon Maxwell’s spring ’20 collection.