Moschino’s Spring 2020 Collection Was a Work of Art — Literally 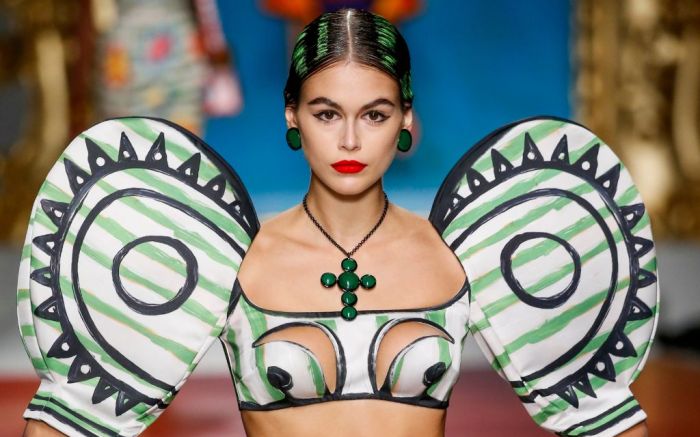 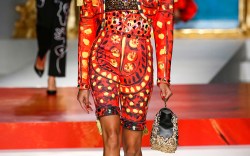 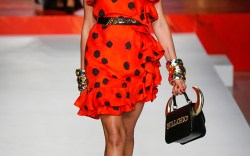 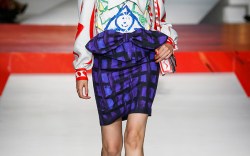 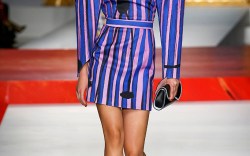 Jeremy Scott knows that a picture is worth a thousand words. That old saying rings even truer in the Instagram era, which means that the designer and Moschino creative director’s original and campy creations have an even higher currency.

Lately, Scott has raised the stakes. For fall ‘19, a spoof on “The Price Is Right” and mid-century TV game show culture resulted in chandelier shoes and a life-size TV dinner dress that we still wish Katy Perry had worn to the Met Gala.

For spring ‘20, Scott showed a model as an actual work of art; more specifically, a painting ensconced inside the largest, most decadent gold leaf frame to ever grace the runway.

The entire collection riffed off the idea of fashion as art, with a decidedly Pablo Picasso lean. There were dresses shaped as abstract art and even a few guitars, calling to mind the artists’s Cubist renderings of the musical instrument.

There were slightly Cubist faces and plenty of paint brush strokes on garments (and actual swipes of paint on the models’ hair). There was also a Spanish twist, with feria dresses in polka dots and ruffles, flamenco music playing, and Joan Smalls in a matador-style getup. Traditional pointed-toe pumps punctuated each look.

It makes sense that the designer has museums on the brain — after all, he has his own works of art in them. In May, numerous Moschino looks created by Scott were included in the Costume Institute’s “Camp: Notes on Fashion” Met Gala 2019 that had Perry as a human chandelier for the pink carpet and a human hamburger once inside the venue. All masterpieces courtesy of maestro Scott.

All of the Looks From Moschino’s spring 2020 runway show.