Gigi, Bella, Kendall and Kaia All Went Down the Runway in Fendi’s New Chunky Heels for Spring 2020 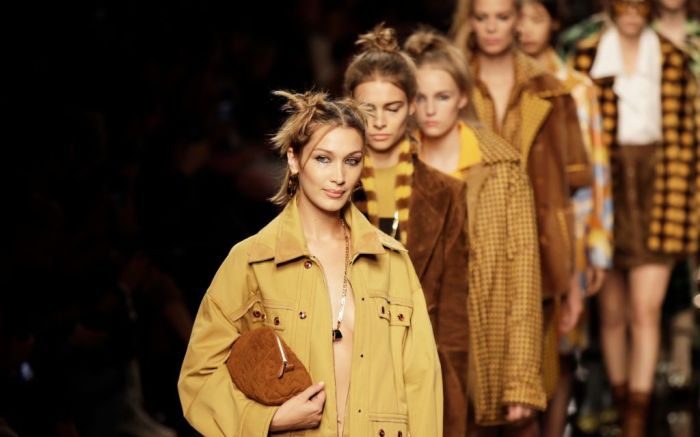 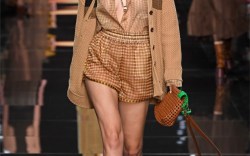 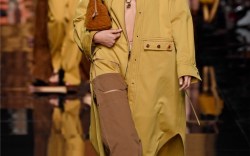 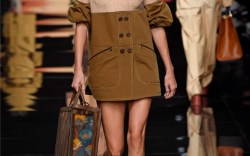 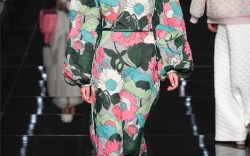 Last season, Fendi’s show was dedicated to Karl Lagerfeld, its creative director for 54 years, after he died just days before the fall ‘19 show.

But this time, it was all about Fendi — and the design codes that its former designer had perfected for the Italian fashion house. For all of those wondering what the brand would look like after Lagerfeld, its clues were in the past.

Silvia Fendi homed in on her family label’s hallmarks. That included its outerwear, always a signature, plus footwear like flatforms and a super-chunky loafer, the latter of which was paired with the majority of the looks. Both categories were woven into a vintage story of ‘70s patterns and palettes and even some ‘30s shapes and silhouettes.

The collection still reads as modern, thanks largely to the hair (lazy half-ponies and twin buns with loose ends), makeup (another “Euphoria” beauty reference, courtesy of glitter under the eyes) and the girls wearing the clothes, which included today’s versions of the supers: Bella and Gigi Hadid, Kendall Jenner and Kaia Gerber.

Each one of them wore the brand’s new loafers, clomping down the runway in the mega-size heels. Jenner was unrecognizable in her newly blond hair, donning a khaki coat with mesh paneling. Gigi wore quilted satin shorts and an anorak with so-Fendi sunnies, Bella had an all-khaki look with twin buns twisted on the sides of her head. Kaia had a full quilted look in pastel pink.

It was all very Fendi, both past and present, grounded in a shoe that is sure to be strong and sturdy in commercial appeal — and real life.