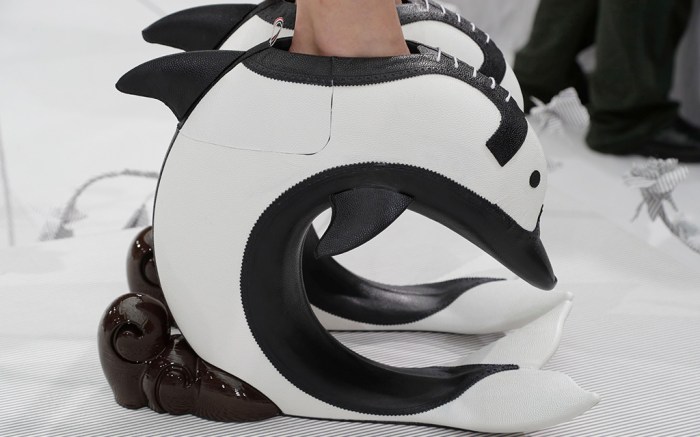 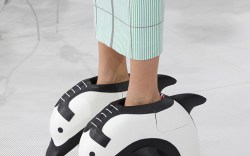 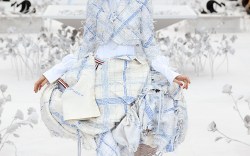 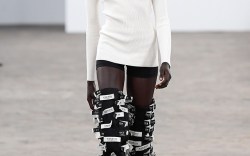 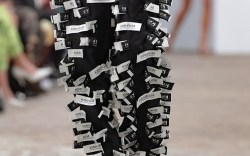 Just like the dark web, footwear also has its dark underbelly. Or maybe that should be under sole. Anyway, to prove a point, I’ve rounded up a selection of the most bizarre shoes that have walked the runway during Paris Fashion Week.

Let’s start with Off-White. Virgil Abloh’s cutout meteor boots weren’t so strange in themselves. But then we learned that in addition to drawing inspiration from the crater a large space rock creates when it hits landfall, there was a secondary reference, Wisconsin cheese. Well, exactly.

Thom Browne, the self-styled Dali of the fashion world, brought us a trompe l’oeil platform brogue. They’re an optical illusion and also look like a dolphin depending on your viewpoint.

Staying with aquatic vibes is the new offering from Balenciaga footwear designer David Beauciel. It involves a toe box that’s a cross between a platypus and a diver’s flipper, but if that doesn’t float your boat, try a sequined body suit-boot in a tiger stripe pattern. It comes in both gold and red.

Finally, the thigh-high boots at Kimhekim came embellished with hundreds of the brand’s clothing tags. Designer Kiminte Kimhekim is a Balenciaga alumnus, so we would expect nothing less.