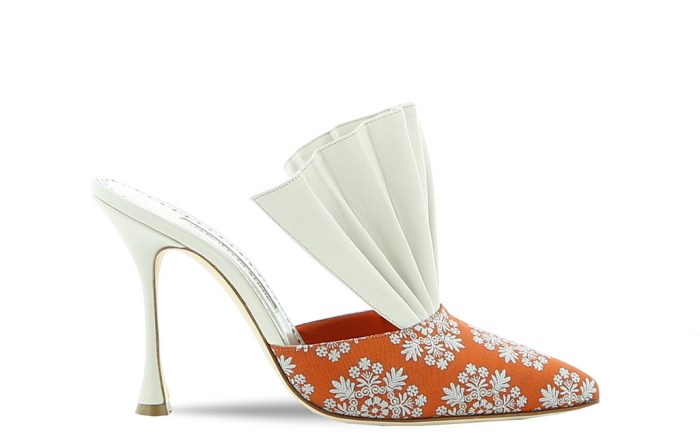 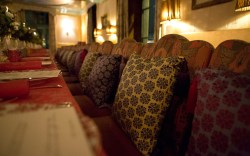 “I remember having dinner here in the ‘60s with Paloma Picasso and Andy Warhol’s manager Fred Hughes,” Manolo Blahnik told FN last week, “but it was much more scruffy then, not very chic at all.”

To celebrate the opening of his flagship boutique in the city’s Palais-Royale, the legendary shoe designer was hosting a private dinner at the august Parisian restaurant Lapérouse, a cultural institution on the Left Bank that dates to 1766. The likes of Emile Zola, Victor Hugo, Ernest Hemingway, Kate Moss and many, many more frequented its parlors.

Earlier this year, the restaurant underwent an extensive restoration. The interiors were redesigned for a reopening during men’s Fashion Week in June, and a Claude Lelouch film and new Frédéric Beigbeder short stories will mark the renaissance. Most of the original features, such as damask patterns and gilded walls, remain.

Both the store and restaurant represent a homecoming for Blahnik, who says he spent some of his happiest moments here in the City of Light.

While Parisian unrest has recently been defined by “Gilets Jaunes” (“Yellow Vest”) demonstrations, the city has a history of insurrection.

Blahnik recalled living in Paris during the 1968 student uprising. “I was terrified and watched from the window. It was a huge spectacle with screaming and cars burning in the street. I’d never seen such a thing,” he told FN. However, his fear soon gave way to excitement, and he took to the streets to join the throng, walking the length of the capital. “It was my reckless youth,” he laughed.

Flash forward to fall ’19. The designer created some flamboyant exclusives for his Paris store, including a Parisian-inspired damask brocade. These exclusives proved so popular that he’s extended the idea to his spring ’20 collection. A range of styles come in a floral brocade with a palette recalling France’s famous pastel-hued macaroons.

For the dinner at Lapérouse, the Blahnik team whipped up beautiful bespoke cushions in the spring ’20 fabrics, one for each of the dining chairs occupied by the evening’s 30 guests, which included CEO Kristina Blahnik and his longtime friend, Chanel stylist Amanda Harlech.

As for the Palais-Royale boutique with its deep green velvet Georgian sofa and Hoffman chairs, it has the feel of a grand Parisian salon. Blahnik joked that he was going to leave London post-Brexit and take up residence — if not at the store, then at least in a nearby hotel.

Scroll though the gallery to see more of the Manolo Blahnik spring 2020 styles that were inspired by Paris.