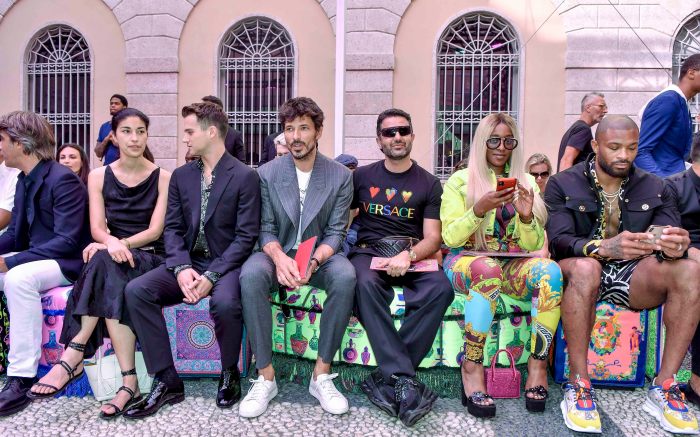 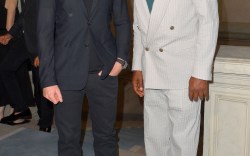 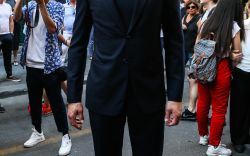 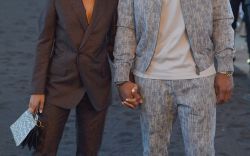 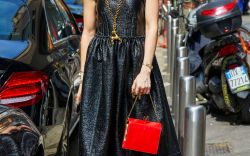 From actors to athletes and musicians, celebrities are jet-setting all across Europe to attend the latest fashion shows in June. Seated front row at some of the hottest runways for spring 2020, these celebrities were turning heads with one trend we couldn’t help but notice: power suits.

Both men and women rocked the look, including “Claws” star Karrueche Tran and former New York Giants player Victor Cruz, who wore the style on the front row at the Ermenegildo Zegna show.

The presence of suits at Milan Fashion Week Men’s shows usher in a potential trend alert for both the men and women’s market. But while celebs have opted for more formal styles at the shows, their footwear remains on the casual side, at least for men.

It comes as no surprise that men sprang for comfortable shoes this season, as fashion week can get hectic running around.

Aside from comfort, sneakers have also become recognized as a trend in fashion as luxury brands like Balenciaga and Louis Vuitton continue to embrace the style.

As sneakers continue to be a trend in the luxury market, we expect to see the shoe both on the streets and front row at fashion weeks.

Worst Dressed at MTV Movie & TV Awards, According to You