Why the Fashion at Stagecoach 2019 Sank 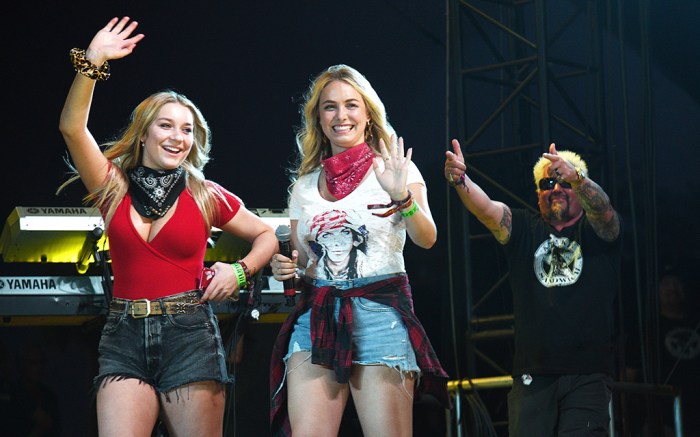 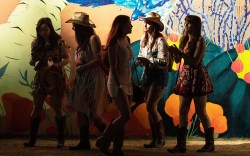 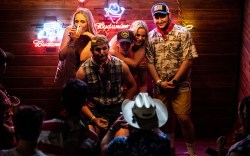 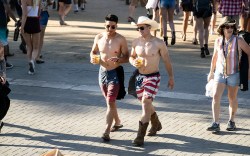 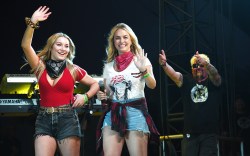 It’s one thing to follow a trend; it’s another to wear exactly what everyone else is wearing.

The festival goers at Stagecoach in Indio, Calif., this weekend fell into the latter category, with nearly all attendees sporting variations of the exact same look.

For women, the formula was denim cutoff shorts, a crop top (or a revealing bodysuit) and Western boots. Some concertgoers took the country theme even further — accessorizing with bandanas and cowboy hats.

On the men’s end, the go-to was jean shorts or hokey Americana apparel, also teamed with cowboy boots. Many men went shirtless in the desert heat.

Festival style is notoriously kitschy — just take a look at the past two weekends’ ensembles from the same campgrounds when they were set up for Coachella — and there are bound to be trends that emerge. However, there’s something to be said for originality. The best looks from Coachella, for instance, took calculated risks in the form of iridescent fanny packs, rainbow-striped sets and bold animal prints.

At Stagecoach, it seemed that basically no one was willing to muddy the waters, although one festival goer wore a mild political statement in the form of a President Donald Trump T-shirt.

One redeeming look came courtesy of Jessie James Decker — who put together a look that was a little bit country, but also a little bit rock ‘n’ roll.

Her leather hot pants and embellished crop top weren’t all so different from the tanks and denim cutoffs worn by festival goers, but they had a distinct edge that showed off her personal style sensibility. The real kicker was Decker’s footwear, as she ditched the basic Western boots for white-hot stiletto booties, choosing a pair of $178 Raye ankle boots that popped.