There Were Live Wolves at Roger Vivier’s Fall ’19 Presentation 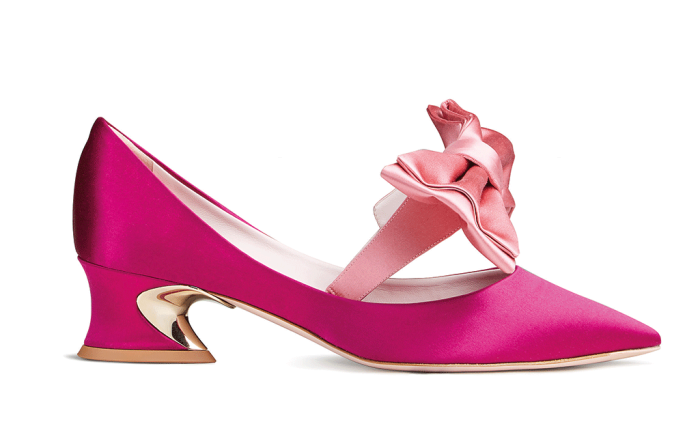 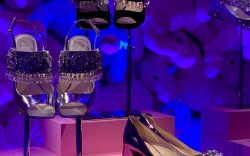 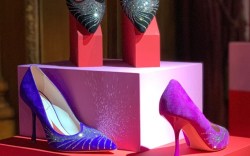 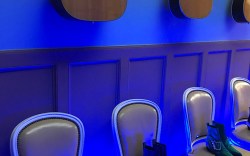 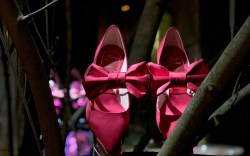 Fashion can sometimes be a dangerous game, but for his Roger Vivier presentation today in Paris, Gherardo Felloni enlisted the help of some live wolves to give his fall ’19 collection a little extra bite. The designer commandeered an imposing Parisian mansion and themed each room on a dream.

Aforementioned wolves (accompanied by highly trained handlers) roamed amid an enchanted forest, though this particular fairytale had a happy ending in that both guests and Felloni’s new virgule — or comma-heeled Courbette pumps on display — emerged unscathed.

This signature silhouette of the collection is a Felloni reinterpretation of an archive shoe and comes with asymmetric strap or as a Mary Jane complete with exploded bow.

The other rooms chez Vivier featured variously a Marie Antoinette-style boudoir lined with mirrors like the palace of Versailles, plus a plethora of multicolored wigs, a jungle populated with leopard appliqué takes on the Viv Run sneaker and Love Vivier pump. Also, a bedroom where a girl dressed as a gorilla bounced gamely up and down on the bed wearing vertiginous platform sandals, and a fantasy DJ booth with wall-to-wall pink fluffy unicorns — 400, to be precise.

Elsewhere was a screening room where nine girls dressed to resemble Catherine Deneuve in identical blond wigs watched a trailer for the film starring the legendary actress, which debuted in December to promote the new Beau Vivier bag. There was also a musician’s den lined with guitar cases and some rather awesome new Vivier Texana boots. “I am obsessed with country and Western singers,” said Felloni, “so I decided to do a couture cowboy boot with a strass buckle.”

Although the designer is a keen opera singer himself, the presentation’s soundtrack featured a more contemporary medley including the theme tunes from “The Neverending Story,” “Twin Peaks” and “The Rocky Horror Picture Show.”

“Everything was based on my interpretation of a woman’s dreams,” said Felloni, “and sometimes dreams can turn into nightmares.” As far as the shoes were concerned, though, Vivier boss Diego della Valle can sleep easy.