Tommy Hilfiger on the Magic of NYFW, Zendaya’s Major Appeal and What Millennials Want 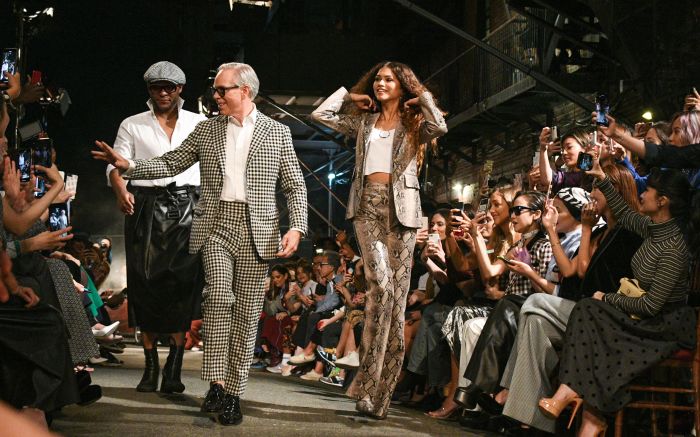 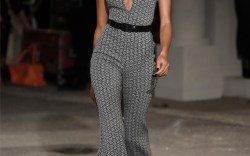 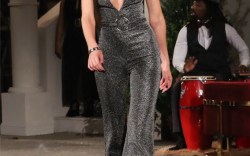 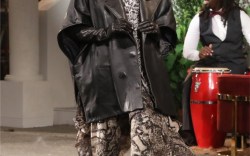 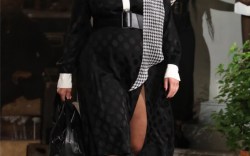 Tommy is back in New York.

After a global tour that included stops in Los Angeles, Milan and Paris, the designer is bringing his see-now, buy-now show model back to his home base tonight for the second installation of Hilfiger’s collaboration with actress and musical artist Zendaya.

And though the Tommy X Zendaya sign is up on the marquee at the Apollo Theater in Harlem, the show is actually taking place in back of the historic venue, on 126th street. Inside, the Tommy team had hair and makeup set up on the stage. Vintage film reels of Duke Ellington and co. ran against the backdrop of a red velvet curtain — it was one of the most glamorous scenarios possible.

Hours before the models hit the runway, Hilfiger sat down with FN at the venue to share his vision for one of fashion week’s most buzzed-about shows.

It’s been a while since you were last at New York Fashion Week. What do you love about it?

Tommy Hilfiger: “There’s an energy here that doesn’t exist in London, Milan or Paris. The public is excited about it. In Paris, they’re very blasé. In Milan, the Italians are very busy doing their thing. Obviously, there’s a fashion week going on — New York is very about fashion week. All the TV stations, the newspapers, every restaurant, every club — it’s buzzing. Tom Ford is now the head of the CFDA. Michael Kors, Marc Jacobs, Ralph [Lauren]  are all doing [great things]. Jeremy Scott came here from L.A.”

When and where did you and Zendaya first team up?

TH: “We were at the Chateau Marmont in Hollywood [way before the first Paris show]. I said bring me your ideas, show me what you’ve been thinking. So she came in with these big boards, and I said ‘Oh no! What am I in for?’ When they opened the boards, I had chills. Because they showed me [her] inspiration, which was all 1970s. It was Cher, it was Bianca [Jagger], it was Farrah Fawcett. It was the coolest, most exciting [thing]. And I thought, ‘OK, we’re on the same page.’ And then I thought, ‘OK, they really get it.’ My team came armed with pens and pencils and swatches — and ideas of their own. But I said, ‘Back off. Let her and Law Roach, her stylist, tell us what she wants to do.’ And then she started saying, ‘I want a very high-waisted trouser, I want very wide legs, I want fitted jackets. I want this and I want that.’ And I said, ‘Wow, fabulous.’ Because I want a 22-year-old’s ideas; just like with Gigi. We took Gigi’s ideas and took them into our kitchen, put them in the oven, put them out into the public and we had huge successes.”

How is this collection different from your first outing with Zendaya in Paris?

TH: “Maybe once on a bag or something. But I’ve never done a collection in its entirety with all these elements.”

TH: “We’re continuing to evolve the brand worldwide. We have the casual part of the business nailed; we’re very powerful with casual all over the world, whether it’s denim or sport. The sneaker business is enormous. The sport business is on fire. We have all these bases covered. So when she said she wanted to do this, I thought, ‘This is fantastic.’ Because we’re doing jumpsuits and silk blouses with big bows — things I have always admired from other brands, from Saint Laurent, Bill Blass, people like that. I’m always thinking, ‘Wow, they have a dressed-up look.’ Which we don’t have.”

Why is see-now, buy-now such a successful model? Why aren’t others doing it?

TH: “We believe millennials want immediate gratification. They don’t want to see something on the runway and wait six months to get it in the store or on our site when they’ve seen it on celebrities and on Instagram. They’re also seeing it in the magazines way in advance, so by the time it reaches the selling floor it’s like, ‘Been there, done that. What’s new?’ So, we’re giving them immediate gratification — the chance to wear it the next day.”

What does Generation Z want?

TH: “Sustainability, which we’re all over. We’ve done a whole jeans collection with all recycled denim. This consumer wants to know how it’s made, where it’s designed, who’s shipping it, who’s sewing it and how you are treating the sheep who are sheared for wool. We love that transparency. We want to say, ‘We’re with you.’ We don’t want anything to be under the rug.”

Diversity is also a crucial conversation for you and every brand. What are you doing to advance the issue?

TH: Next year is our 35th anniversary. For 35 years, we’re been inclusive and diverse. We really started streetwear as a result of embracing the young, hip-hop community. We have always had a diverse cast in our advertising and on the runway. People are just talking about it now. But I love it because I am taking it to a new level with size diversity, age diversity. We have trans models, we have boys wearing women’s clothes. We have real life — and I don’t want to pretend we’re only making clothes for a certain elite crowd. I want everyone to wear my clothes. That’s also why they’re affordable. Worldwide, I want everyone in my clothes.”

Click through the gallery to see more photos from the Tommy x Zendaya fall ’19 show.