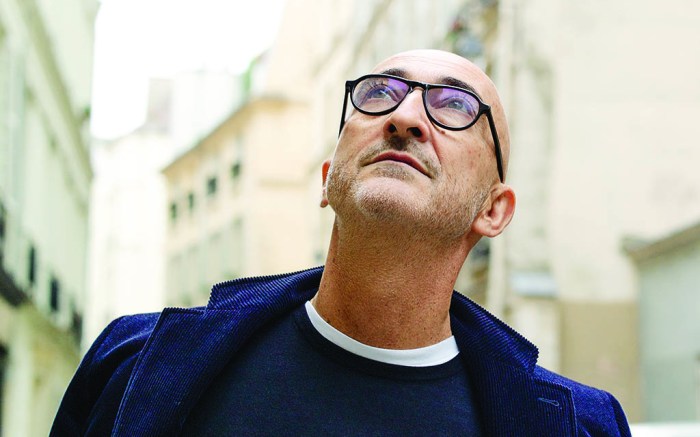 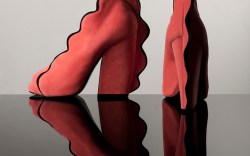 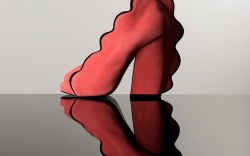 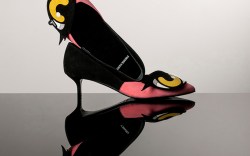 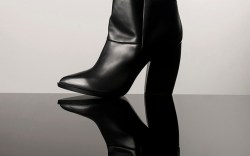 Available now, the line is sold exclusively at Barney’s New York, and it was inspired by some of his most memorable styles over the years.

For example, the capsule includes his most challenging style to create: the 1999 Blade pump, which was his own reinterpretation of the stiletto.

“I was so ambitious to dream [that I could] overpass the iconic stiletto,” he told FN. “Also, besides the style challenge itself, I had to face the actual process of the making of a real object, that would be worn by people, and with my name on it. When you create, or wish to create a very different new style, you have to face and solve all the new questions that this new shape is technically asking.”

“Even if I’m not exactly a vintage nostalgia lover, I have to say that — even when I don’t do it intentionally — the past and the history of fashion always come back under very different shapes,” he said of trends that have inspired him over the years. “Memory is different from replicating the past. My favorites may be the minimalism of the ’90s and the energy of the rise of the sport-street style.

The biggest lesson he’s learned from working in fashion over these past two decades?

“Trust yourself,” he said. “It is an everyday work. Most of the time doubt is there, [but] at the same time, the experiences and achievements tell the same thing and [that’s trusting yourself.]”
Click through the gallery to see the entire capsule.

Pierre Hardy Reminisces About the Incredible Shoes That Defined His Career