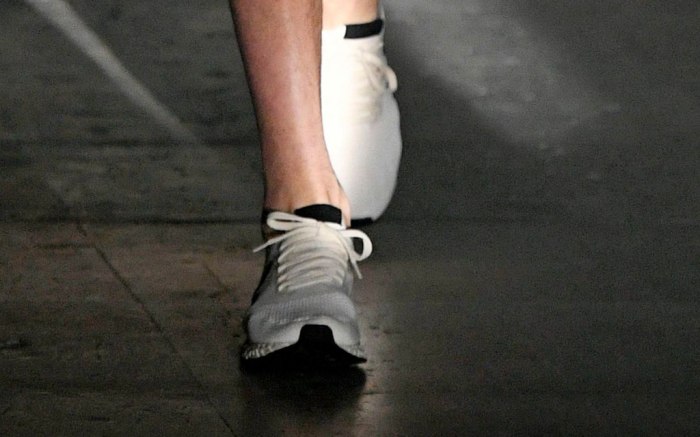 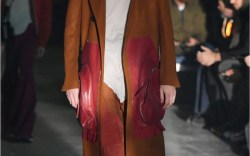 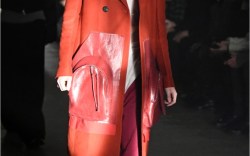 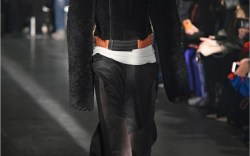 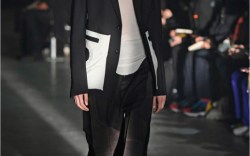 While we may not have seen it coming, it makes perfect sense. Owens, is, after all, known for his environmentally conscious approach to fashion.

“It was the most environmentally friendly sportswear company I could find,” the designer stated in his show notes. “I have absolutely no authority to promote sustainability, but I do endorse the idea of thoughtful living and planning for the future with kindness in mind. We all gotta start somewhere.”

Veja sneakers are made from sustainable leather, organic cotton and wild rubber from the Amazonian forest. The company works closely with cooperatives of small producers in Brazil, endeavoring to support local communities while using upcycled and sustainably produced materials.

The sneaker label, which was created by Sébastien Kopp and François-Ghislain Morillion, has a strong following (celebrity fans include Emily Ratajkowski, Emma Watson, Chloe Grace Moretz and Eddie Redmayne).

But its most high-profile celebrity sighting was when Meghan Markle sported a pair of V-10 white Veja low-top sneakers for an Invictus Games sailing event in Sydney during the royal tour of Australia in October. When images emerged, the label’s Instagram “broke down,” receiving thousands of likes and comments, according to the company. Most posts average between 1,000 and 3,000 likes, and the photo with Markle garnered over 20,000.

And this Owens collaboration is guaranteed to introduce Veja to whole new audience.

The designer isn’t alone in partnering with unexpected footwear brands. Thus far, Valentino has collaborated with Birkenstock and Heron Preston with Ugg. Who’s next?

Click through the gallery to see the full Rick Owens fall ’19 collection.

Veja Is the No. 1 Instagram Brand Everyone Wanted to Wear in 2018