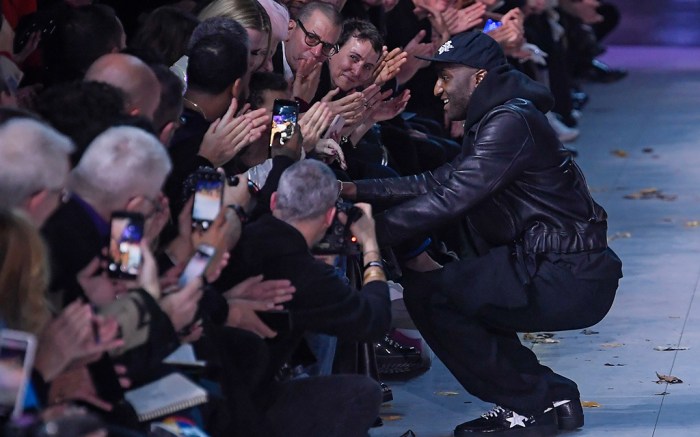 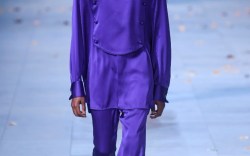 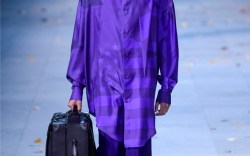 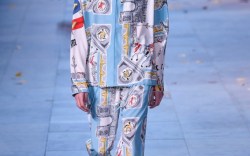 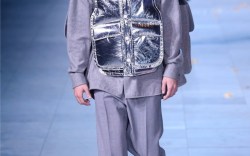 From the white diamante glove that served as the invitation to the New York streetscape set, Virgil Abloh’s Louis Vuitton fall ’19 show, which was presented today in Paris’ Jardin des Tuileries, was entirely dedicated to Michael Jackson. Even the title, “Sliding Backwards Slowly,” was a reference to the music legend’s famous Moonwalk.

teamwork. it’s a community over here. humanity makes art. friends in your corner build mountains. the day I stepped across on rivingtion street and orchard street the world shifted.

Few things epitomize the musician more than the penny loafers that he wore to perform the iconic move. Abloh delivered his own take with the Pin Lock loafer, which came in tactile wool flannel, suede or leather in a color palette of black, charcoal, pearl, stone, camel and heather gray. The tonal shades mirrored those of the ready-to-wear. Each featured a chain detail across the upper and some came teamed with those trademark white socks. There was also a red pair for luck.

The loafers alternated with new iterations of the LV skate sneaker that Abloh debuted for spring ’19. They came in similar colorways and fabrications to the loafers with the addition of white, red and purple. One group towards the end even glowed in the dark when they killed the lights.

Like last season, the designer issued all showgoers with a pamphlet titled “The vocabulary according to Virgil Abloh,” and within it, a glossary of terms. S was for shoes, “the wardrobe component most immediately indicative of an era of movement.”

The collection’s two key shoe models both complemented and acted as a foil for Abloh’s tailored collection.

Abloh confirmed the Michael Jackson theme in December. And in light of the news, Browns Fashion menswear buyer Thom Scherdel anticipated that there would be a great deal of black and white in the collection, but nothing’s that clear cut with Abloh. Instead, there were shades of gray.

Click through the gallery to see the full Louis Vuitton fall ’19 men’s collection.

How Michael Jackson Has Influenced Fashion & Celebrity Style Through the Years