You Can Now Wear Christian Louboutin’s Face on Your Feet 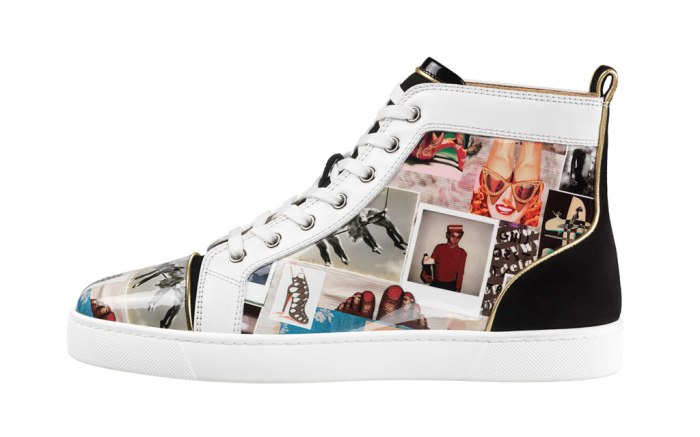 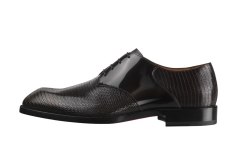 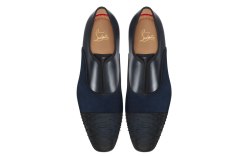 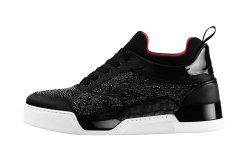 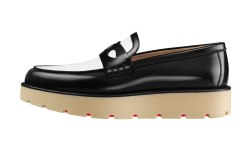 Christian Louboutin’s famous red soles have always made his shoes instantly identifiable. Now the designer is kicking things up a notch and adding his own face to some new men’s styles.

Louboutin has created a collage out of photographs of himself, turned it into a print and emblazoned it across a series of shoes and high-tops from his fall ’19 collection. (Move over, Stan Smith.)

The print features atmospheric shots of the designer throughout his life, along with inspiration pictures and sketches of his greatest hits and favorite shoes.

Elsewhere in the collection, a technical sneaker was well represented with new iterations of the Run Loubi Run series that launched for spring. The styles included a kitch ‘60s floral print and flashes of iridescent lurex reminiscent of peacock feathers.

Rugged Alpine inspired boots featured exaggerated shearling tongues and studded details around the cuff and the sole while a new elevated crepe sole informed loafers and lace ups. The designer has long been a champion of the heels for men with his Cuban boots and this season gave the style a round-toed update done in a graphic black and white geometric stripe.

On the formal side there were velvet dress slippers with motifs like tiger stripes painted in glitter or leopard spots hand done in meticulous bead work.

The luxe fabrications, as well as a suede and silk camouflage design, also found their way into more casual styles – including studded high-tops.

The designer incorporates experimental techniques in his bespoke work for private clients. In July, during fall ’18 couture week, he showcased a series of made-to-order creations fashioned in his label’s Paris atelier.

Click through the gallery to see more shoes from the fall ’19 Louboutin collection.