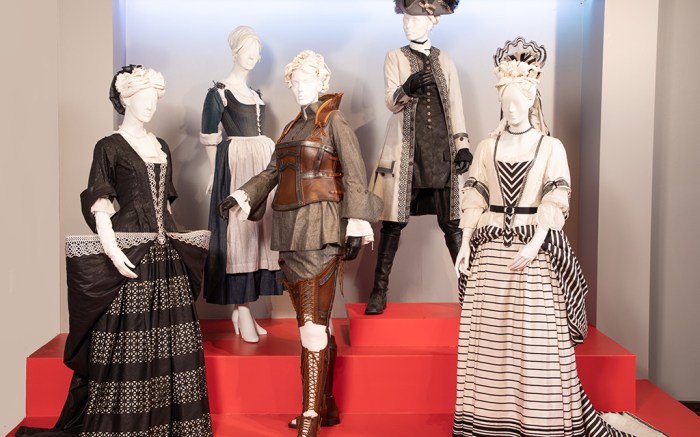 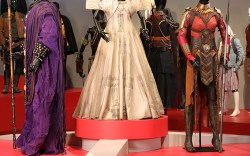 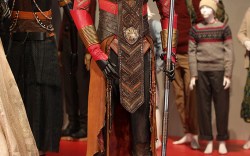 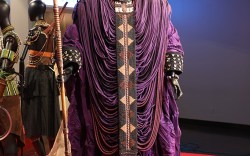 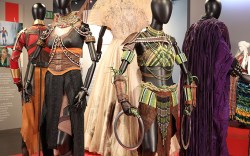 While the acting awards tend to get the most hype at the Oscars, costume design is one category that puts fashion in the spotlight.

Today, the nominated costume designers will vie for honors in the Best Costume Design category at the 2019 Oscar Awards held in Los Angeles.

Sandy Powell is twice-nominated this year for her work on “Mary Poppins: Returns” and “The Favourite.”

For “Mary Poppins,” Powell partnered with Nordstrom Trunk Club on a collection inspired by the film.

“I wanted to make sure everyone sort of had a waist so they’re all belted,” Powell said of the designs in an interview with FN. “The guys are all pretty much [in looks similar] to Lin-Manuel’s Jack: jacket, shirt — and most importantly a vest — and then the cap.“

The head-to-toe looks from both films are on display in L.A. at the Fashion Institute of Design and Merchandising’s museum’s 27th Annual Art of Motion Picture Costume Design exhibit, featuring the nominees as well as other outstanding costume designs.

FIDM Fashion Design Program co-chair Nick Verreos provided the scoop on the looks worn in “The Favourite,” explaining that Powell modernized the costumes, outfitting servants in denim and incorporating laser-cut technology. “They wanted the nobles to look like the punk-rock royals,” Verreos said.

Also generating buzz is Ruth E. Carter, who earned a nod for the looks in Best Picture nominee “Black Panther.”

Carter dished to FN that the prototype for the suit worn by Black Panther (Chadwick Boseman) cost $450,000. Six suits were made in total, with subsequent models costing about $100,000 each.

When it came to shoes sported by her characters, the designer prioritized function first and foremost. While other female superheroes can be found in stilettos, she took a different approach.

“Our women are devoid of heels because they had to work, they had to do stunts, they had to do martial arts,” Carter explained. “We wanted them to be taken seriously as the toughest fighting force in Wakanda; they protect the king and therefore they needed to be solid on the ground and not in high heels.”

As the only African-American up for an Oscar in the Costume Design category, Carter hopes to inspire others.

“As an African-American woman to be nominated, I’m paving the way for others. To be with these women [in the category], means that I’m the dark horse,” she said. “I feel like they’re rooting for me. I’ve been at this so long and I love this profession.“

For Mary Zophres’ work on Netflix’s Western short film anthology “The Ballad of Buster Scruggs,” for which she received an Oscar nod, historical research was integral. Zophres’ characters are outfitted in boots — Tom Waits “loved his costume” and kept a pair of boots from the film — that were made with the specific time period, the 1870s, in mind.

“What’s period-correct from that period, the 1870s, is a two-piece boot, so they have a piece in the front and a piece in the back,” she said. “James Franco’s character wears spurs, and so did the guy who shot them…The spur was used to jab the horse to make him do what you wanted him, but they got very decorative, especially in the 1940s with the singing cowboy movies.“

Rounding out the pack of nominations is Alexandra Byrne (“Mary Queen of Scots”). Byrne, who won an Oscar in 2007 for her work on “Elizabeth: The Golden Age.”

Byrne worked with denim for a modern twist on her costumes, and paid particular attention to Mary’s shoe color, outfitting her in red to symbolize her Catholicism.

“Even within the Protestant court in Scotland, she has some dark red shoes on,” Byrne said. “She was incredibly aware of the power of her appearance.”

Fans hoping to check out the costumes in person can visit the FIDM Museum through April 12; admission is free. Looks from other films, like “Bohemian Rhapsody,” “A Star Is Born” and “A Simple Favor,” are also being displayed.

Click through the gallery to view all the costumes on display at the FIDM Museum.

-With contributions by Charlie Carballo