This Is the NYFW Show That Everyone Is Talking About 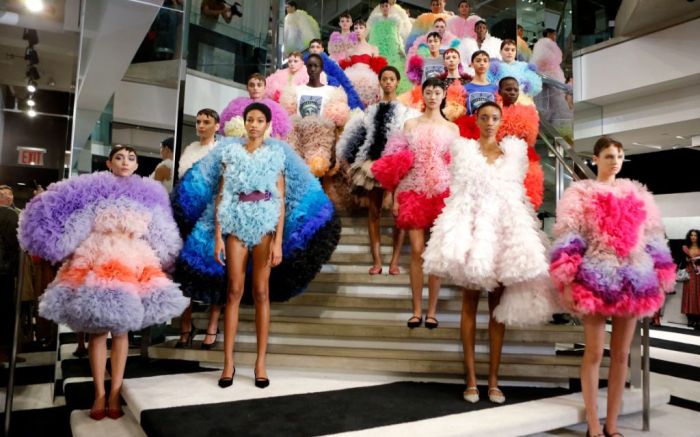 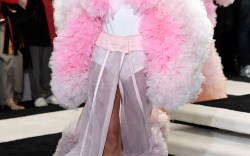 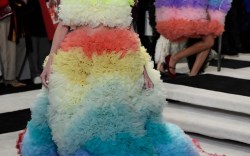 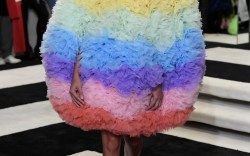 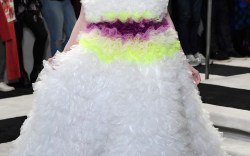 “Does New York Fashion Week matter?” This has been one of the industry’s favorite questions over the past five years — or even decade — as the weeklong event has transformed from an industry-only matter to a heavily marketed Instagram frenzy.

But even the most jaded of fashion folk may find the answer a definitive yes this season, all because of Tomo Koizumi — a Japanese designer who made his debut showing at NYFW on Friday with a little help from some very influential friends. Here is everything you need to know about the show that has everyone buzzing:

The veteran designer let Koizumi use his boutique at 655 Madison Ave. as a venue, allowing for a dramatic view of the entire collection on the boutique’s glass staircase.

2. The runway was full of big names

In addition to Bella Hadid and Emily Ratajkowski, Koizumi’s show had a well-curated collection of supermodels and actresses walking the runway. Models Joan Smalls, Taylor Hill, Karen Elson and Lexi Boling also walked, along with actress Rowan Blanchard. And Game of Thrones star Gwendoline Christie made a dramatic appearance at the finale in a rainbow-hued gown.

3. The backstage crew was equally influential

The Footwear News 2018 Designer of the Year lent the footwear for the show, and her Hermione flat appeared in a variety of colors.

Click through the slideshow to see more looks from the buzz-making collection.

These Are the Two Colors Dominating NYFW Fall 2019