Stuart Weitzman Makes a Grand MFW Debut, and Its New Leading Duo Talks About the Brand’s Next Chapter 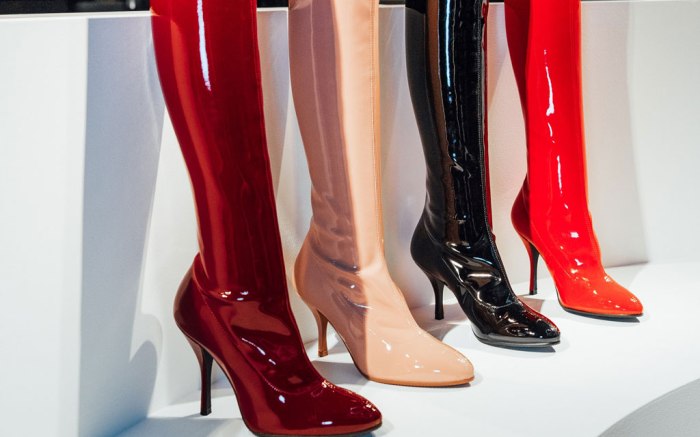 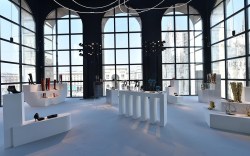 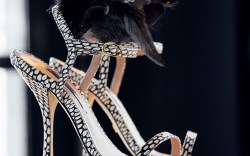 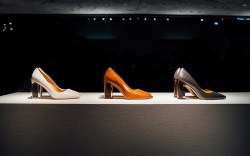 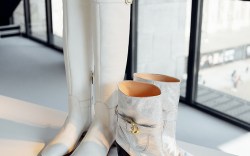 Longtime shoe designer Edmundo Castillo unveiled his debut collection for Stuart Weitzman at Milan Fashion Week today — with the city’s famed Duomo cathedral as the grand backdrop for the presentation.

Castillo, who was named head of design at Weitzman last spring, held court with CEO Eraldo Poletto at the event, which marked the brand’s first time on the MFW schedule.

“For our business, Milan is the place to be. We want to show what we stand for as an international brand — and show our storytelling,” Poletto said. “This is Chapter Zero of a new journey. It’s still Stuart Weitzman, but it’s done in a modern way.”

For his part, Castillo noted that the first priority was to keep his focus on the “functionality, comfort and practicality” the brand is known for — and that Stuart Weitzman’s loyal consumers have always gravitated toward.

That will come as good news to buyers who think the brand veered too far from its roots after its founder and namesake retired in 2017. (Former creative Giovanni Morelli took the design reins for a short time before leaving abruptly last year following allegations of sexual misconduct.)

Castillo — who has held top design jobs at Aquatalia, Santoni, Sergio Rossi and Tod’s, and also previously operated his namesake brand — understands the intricacies and challenges of evolving a classic shoe brand.

“When I began designing this collection, I was inspired by the idea of creating modern footwear with a futuristic sensibility.  I reimagined the timeless designs the brand is known for, incorporating sculptural shapes and innovative design elements,” Castillo said.

New fabric motifs and opulent embellishments freshen up key styles throughout the collection. Boots are a major focus, reflecting a larger trend at Fashion Month.

Among Castillo’s most commercial offerings were thigh-high boots in vinyl, suede and stretch metallic. (The glittery versions are sure to be spotted on Gigi Hadid and other celebs soon.)

“I played with materials to take the brand’s signature stretch to another level,” Castillo said. “I wanted to consider comfort and think about [the woman] wearing the boots from the day to evening, from sporty to dressy — whatever they want them for.”

“I wanted to take the brand further into the future. And that future began with the idea of how we live today, how fast we go, how we’re always running in an airport, running to catch the subway, fighting for a cab,” he explained. “We live late and fast.”

Another goal, according to both the designer and CEO, was to craft shoes for women of all ages and from all walks of life.

“Our job is to listen to the customer and to anticipate her needs,” Poletto said. “We are an international company with international people and perspective — we want to be open to new ideas and to be very inclusive. If we are too slow, we are behind.”

Click through the gallery to see more photos of the fall ’19 Stuart Weitzman collection.