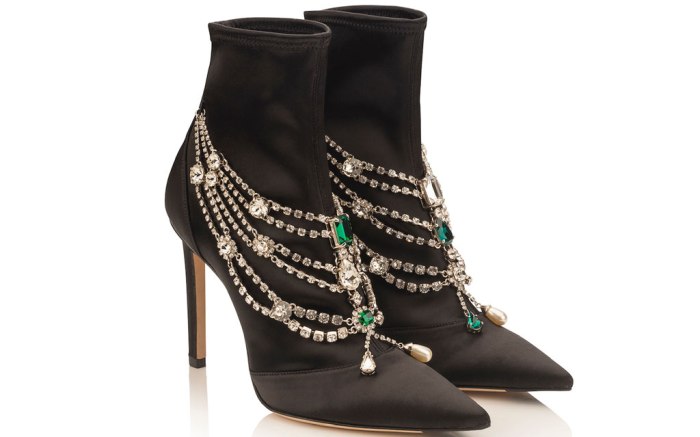 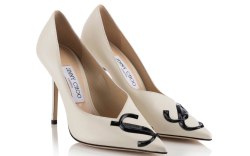 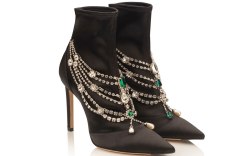 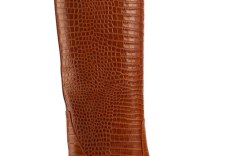 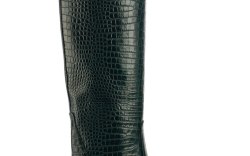 The buzz was palpable at Jimmy Choo’s Milan Fashion Week presentation today — even before you stepped into the the British label’s Via Della Spiga show space.

An eager group of fans was stationed outside on the famed shopping street hoping to catch a glimpse of Choo’s first-ever Asian ambassador, Victoria Song. The Chinese actress was there to see the fall ’19 collection and pose for photo ops with the brand’s creative director, Sandra Choi.

Song is a key part of Choo’s rapid expansion in the Asian market, which has been a huge focus for the past few years.

Now under new owner Capri Holdings, Choo is tapping into more growth opportunities, starting with the handbag business. At the presentation today, bags and some shoes were adorned with the brand’s first-ever monogram — an interlocking JC — and Choi joked that it had taken more than 20 years to develop. (Choo was founded in 1996.)

“We are quite grown up now. We have [expanded] from a label into a brand,” Choi said. “People want to wear our designs, obviously, but it’s marking them, having ownership. Bags need to evolve with proper branding.”

Pumps, ankle boots, knee-high boots and sandals were adorned with the logo, which Choi described as a “jewel.”

Overall, the collection was inspired by women who “are on a mission and going places.” As she designed the new styles, Choi thought about women from Queen Elizabeth II to Lady Gaga.

“My queen is so regal and so strong, and she’s held this [position] for so long. It’s amazing. Whether you are an 8-year-old or an 80-year-old, anywhere in the world, you know her,” the creative director said.

When the designer thinks of strong silhouettes, boots come to mind, and the style was key for the brand this season. A collection of low-heeled booties with removable buckle straps — a house signature — were a standout.

For evening, a series of striking jewelry shoes reflected the brand’s glamorous roots and meshed well with the royal theme.

Choi also acknowledged the growing importance of sneakers in the Choo collection. This season, the brand unveiled updates to its recently launched Diamond style, which has been seen on the feet of Katy Perry and Dua Lipa, and new hiker-inspired sneaker looks.

Sneakers are a key growth avenue going forward, and the brand is also delving into apparel in a small way. Just yesterday, Jimmy Choo unveiled a limited-edition collection of branded hoodies on Instagram.

Click through the gallery to see more shoes and accessories from Jimmy Choo’s fall ’19 collection.