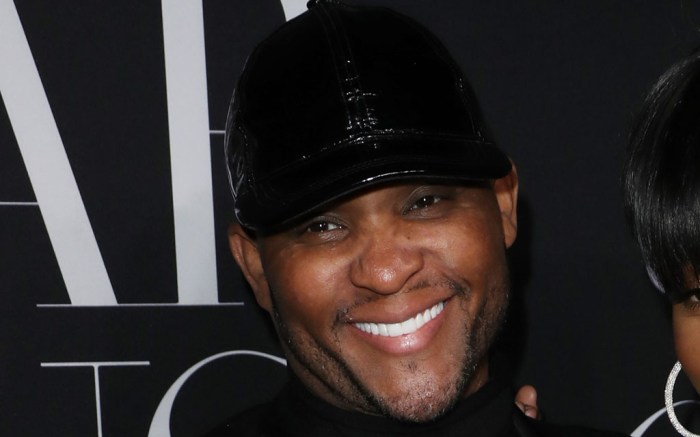 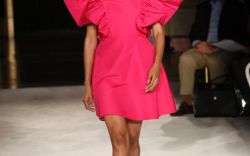 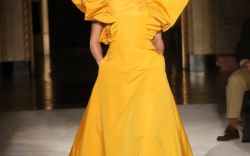 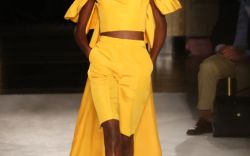 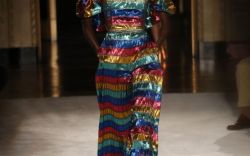 “I have a huge appetite for fashion so I’m always excited about September. I have a lot of clients and we need a lot of dresses,” he told FN ahead of the show. Roach’s A-list roster includes Zendaya, Tiffany Haddish, Ariana Grande, Anne Hathaway, Celine Dion and more. Attending Siriano’s show couldn’t have been more fitting for the stylist since the collection was specifically inspired by modern pop artists.

Inside Gotham Hall were massive portraits of powerful women, including Lady Gaga, Coco Rocha, Laverne Cox and Kate Moss, painted by artist Ashley Longshore. Plus, the idea of female empowerment influenced the silhouettes in the collection in order to celebrate the female form.

“He really knows how to celebrate women and the fantasy of women,” Roach said. “Being inclusive with sizes, he was one of the first who really did that and pushed it seasons and seasons ago. I’m so proud of him. Christian is one of my best friends at this point. I always support him. He’s always been supportive of my career. We send each other flowers for our birthdays. I just love him. For fashion month, this is one of the shows I always try to make it to.”