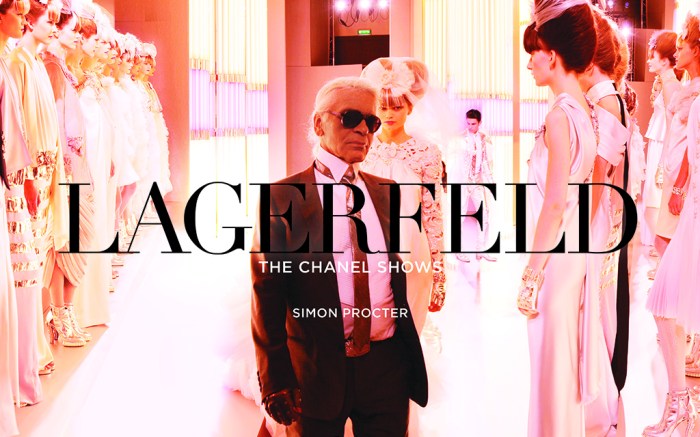 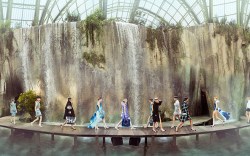 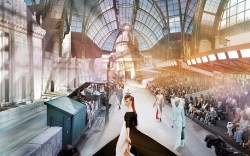 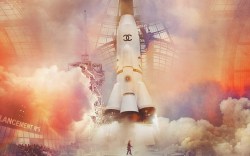 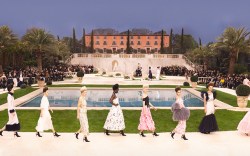 Karl Lagerfeld’s iconic Chanel shows are celebrated in a Rizzoli book out this month.

From 1983 until his death at age 85 this February, Lagerfeld was the creative director of the French house — becoming nearly synonymous with the brand. Many of the designs most associated with the brand originated under his decades of leadership.

In the new book, titled “Lagerfeld: The Chanel Shows,” photographer Simon Procter highlights some of the designer’s most iconic sets — from sand-trimmed beaches to a larger-than-life rocket ship —with sweeping panoramic images.

Procter snapped many Chanel shows from the past 10 years — including the ski chalet-themed fall ’19 ready-to-wear runway that took place weeks after Lagerfeld’s death. He also photographed more intimate behind-the-scenes moments showing a softer side of Lagerfeld.

“I was lucky enough to meet him many times over the years; it was always a delight and we always did great work,” Procter wrote in the book’s preface. “The two things I remember most were that he always personally greeted everyone in the room. The other, that he was very, very funny. Many times, whoever was standing next to him could be seen giggling uncontrollably over something he had whispered to them.”

The book is available for purchase now on Rizzoli’s website; it costs $75.

Flip through the gallery to see more images from the book “Lagerfeld: The Chanel Shows.”

How Karl Lagerfeld Got Choupette, and Other Stories From the Chanel Designer’s Epic Paris Fashion Week Memorial

From the Archives: Karl Lagerfeld’s Most Memorable Moments Through Photos