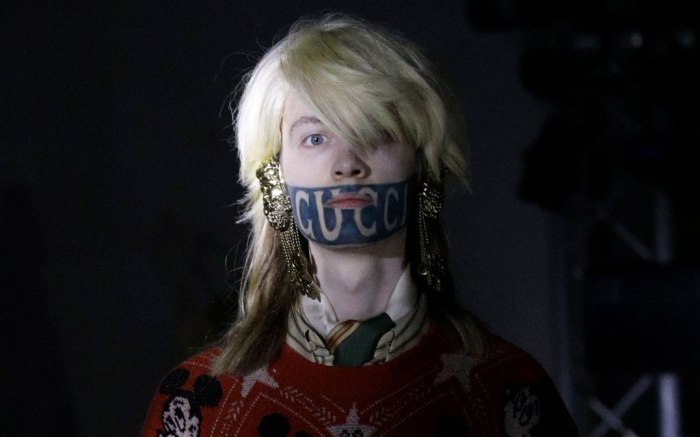 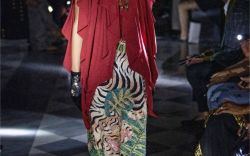 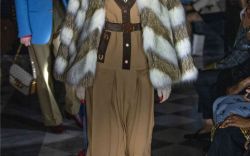 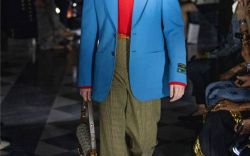 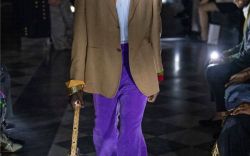 Amid a wave of anti-abortion laws in the U.S., Gucci is making a pro-choice political statement.

The brand sent a jacket down the runway at its cruise ’20 show today in Rome featuring a women’s rights slogan from the ’70s: “My body, my choice.” Other standout looks include a floral gown with an embroidered female reproductive system and pieces that read “May 22, 1978” — the date Italy’s law providing for the social protection of motherhood and legalizing abortion took effect.

‘My Body My Choice’ is a feminist slogan from the 70s which appears on the reverse of this jacket seen before the #GucciCruise20 fashion show by @alessandro_michele. This piece echoes the Creative Director’s continuing vision of freedom, equality and self-expression. Since founding @chimeforchange in 2013—the global campaign that represents and advocates for gender equality—@gucci has a longstanding commitment to women and girls by funding projects around the world to support sexual and reproductive rights, maternal health, and the freedom of individual choice. Learn more about the global partners for sexual and family health rights the campaign is donating to in 2019, which can be found in @chimeforchange’s link in bio. @museiincomuneroma #AlessandroMichele #MuseiCapitolini

According to creative director Alessandro Michele, the collection is about freedom, with different cultural and historical touch points throughout. The ’70s came into play because of the freedom the decade represented for women.

“It was a historical moment when women — finally — rejected all the constraints that were imposed in the previous centuries and they became free. That’s why I am paying homage to the Italian law regarding abortion, the law number 194,” he told WWD. “It’s unbelievable that around the world there are still people who believe that they can control a woman’s body, a woman’s choice. I will always stand behind the freedom of being, always.”

Gucci’s political statement comes as eight Republican-led U.S. states have passed restrictive laws curbing abortion access. Many activists believe these measures are aimed at getting the Supreme Court to overturn Roe v. Wade, the 1973 decision that established a women’s right to choose.

The Kering-parented brand has a longstanding commitment to advocacy for women’s rights through the charity Chime for Change, established in 2013. Gucci funds projects around the world in support of reproductive rights, maternal health and the freedom of individual choice.

While the Italian label continues to consistently move product, it’s found itself in hot water in recent months. This month, the brand came under fire for selling a $800 “Indy Full Turban” in its spring ’19 collection that resembles a dastaar, a religious article of clothing worn by Sikhs. Gucci took additional heat three months ago, when an $890 baclava sweater that looked like blackface went viral on social media. The label implemented several initiatives to promote diversity and inclusivity in-house following that controversy, creating a position for global director for diversity and inclusion and a multicultural design scholarship program.

Watch the video below to see top shoe players’ advice for their younger selves.

What Gucci Can Teach Other Companies About Handling Scandals