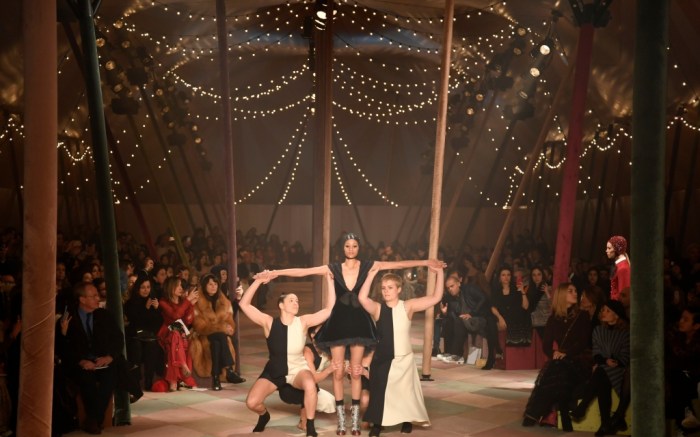 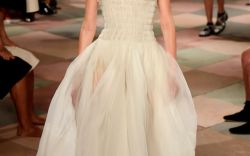 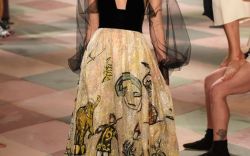 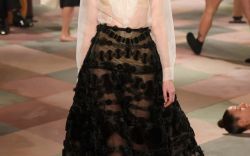 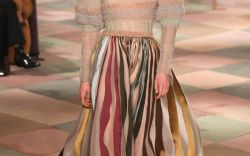 Today in Paris, the Christian Dior Haute Couture circus came to town and everyone sparkled from top to toe.

Shoes came teamed with fishnet ankle socks in black or white while a handful of looks featured body stockings done in tattoo print or appliquéd with rhinestones. The twinkling toes of the models matched their lurex bonnets.

The show, which was animated by performances from an all-female circus troupe, took place in a Dior-branded circus tent in the grounds of Musee Rodin. Designer Maria Grazia Chiuri drew inspiration from the fairgrounds and freak shows from the Victorian era. The Cirque d’Hiver (winter circus) was often frequented by house founder Christian Dior.

Along with the shoes, all the typical circus finishings were present: There were overblown ruffled collars, harlequin motifs and circus tent stripes. The more androgynous style of the ringmaster or lion tamer tapped into the current nonbinary zeitgeist.

When it comes to shoes, couture has a reputation for playing it very safe, but in a circus setting, a glitter boot becomes an approachable (not to mention, Instagrammable) trend that everyone can get behind.

This Is How Men’s Sneakers Will Evolve in 2019

The Loafer Is the New Sneaker, According to Hedi Slimane