The Craziest Paris Couture Runway Looks Through the Years 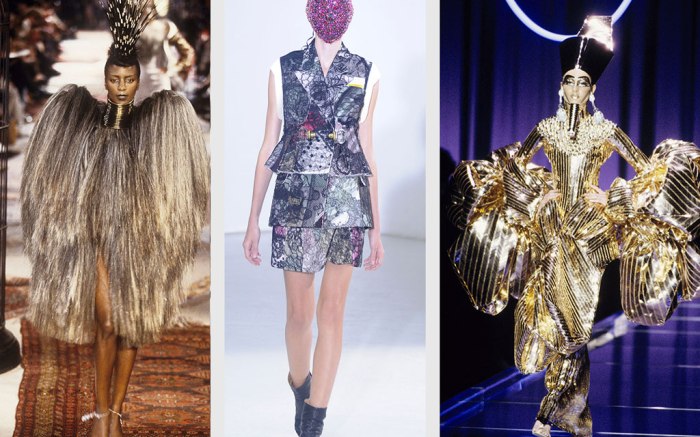 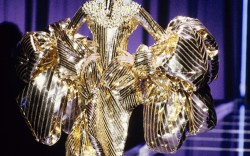 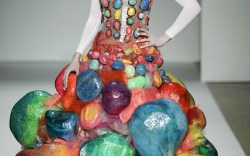 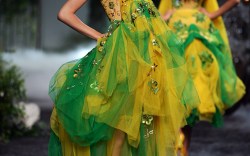 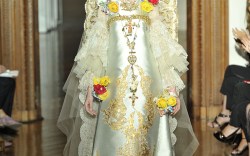 When it comes to haute couture, the traditional fashion rules fly out the window.

While stunning, over-the-top dresses are common fare at Haute Couture Week, some designers take things a step further with fantastical creations that seem unrealistic for life off the runway.

One of the first designers to take things to such an extreme was the late Alexander McQueen. Designing for Givenchy’s fall ’97 couture show, McQueen came up with a look that felt completely outside the realms of reality. He showed a furry dress that featured high shoulders and a gold-plated neckline. While the footwear — a pair of strappy sandals — was tame, the model’s golden makeup and feather-adorned hair added another element of fantasy.

During the years that John Galliano served as creative director of Christian Dior, the brand’s couture looks were completely over-the-top. At the spring ’04 couture show, Galliano took inspiration from ancient Egypt. He sent models down the runway in elaborate gold gown and footwear, with elaborate accessories reminiscent of sarcophaguses completing the looks.

The Maison Martin Margiela fall ’12 couture show brought a wild element that the brand has repeated in subsequent seasons. Models walked the runway in beaded masks that obscured their entire faces. While the looks themselves — for instance, a silver dress and ankle boots — were nothing crazy, the headgear was an unusual and memorable element to the show.

More recently, the Viktor & Rolf fall ’17 couture show, models wore doll heads and skin-tone gloves. While the dresses were within the bounds of normalcy, the bobble heads got fashion fans talking and were unlike anything else shown that season.

Click through the gallery to see more of the craziest couture runway looks.