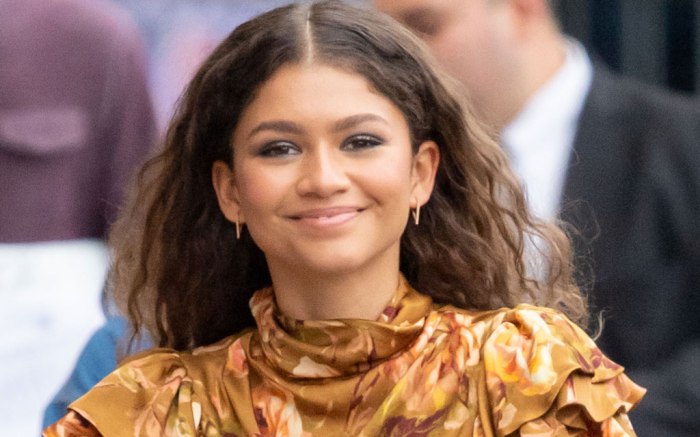 Does Zendaya have smelly feet?

The “Euphoria” lead was forced to face the question on national television during an appearance on the latest edition of Jimmy Kimmel’s “Celebrities Read Mean Tweets” segment.

While some of Kimmel’s guests shrugged off the mean tweets without any commentary, Zendaya had a decidedly more dramatic reaction. She whipped her Christian Louboutin pump off her foot and said, “Let’s check, shall we?”

Bringing the crystal-covered stiletto to her nose, Zendaya quipped: “No, smells like success to me.”

While the segment just aired this week — featuring a roundup of recent Kimmel celebrity guests — Zendaya taped her bit in May.

The “Spider-Man: Far From Home” star made an appearance at the Emmy Awards on Sunday alongside Williams and Kardashian. On the red carpet, Zendaya wore a head-to-toe forest green look: a Vera Wang gown and Brian Atwood pumps.

Click through the gallery to see how Zendaya’s red carpet style has evolved.