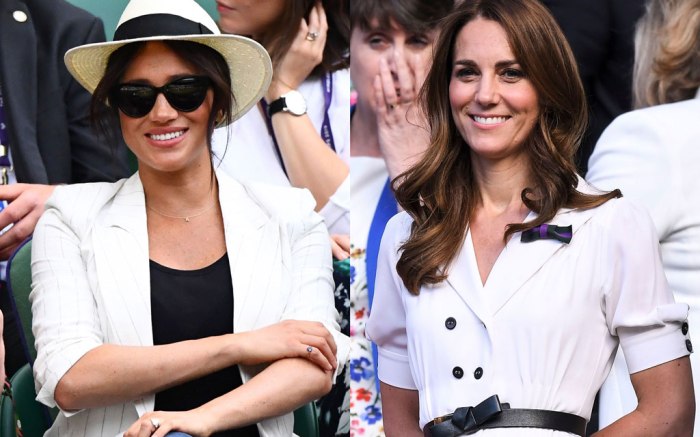 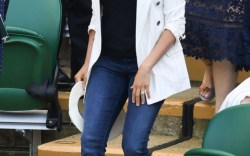 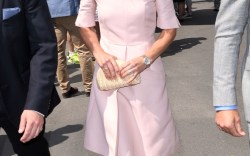 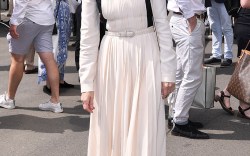 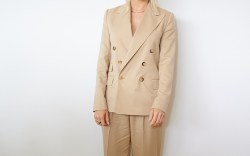 Wimbledon features big names aplenty on the court — think Serena Williams, Andy Murray and Roger Federer — but there is also a slew of famous faces in the audience.

As has become typical for her, Kate Middleton made her way to the All England Lawn Tennis and Croquet Club, sitting in the Centre Court Royal Box July 2. The Duchess of Cambridge wore a Suzannah dress and classic black Gianvito Rossi pumps for the occasion.

Her sister-in-law, Meghan Markle, took a break from maternity leave to watch Wimbledon on July 4. The Duchess of Sussex, who counts Serena Williams as a close pal, wore a L’Agence blazer, skinny jeans and black pumps.

Middleton’s sister, Pippa, also caught some of the action live on the grass. Pippa attended the tournament on July 8, flaunting chic summer style in a pale pink dress and faux leather sandals from Stella McCartney.

The royal family and their guests were not the only well-known Wimbledon attendees. Plenty of celebrities were spotted at Polo Ralph Lauren’s party on July 8, among them Maisie Williams, Sienna Miller and Tessa Thompson.

Both Miller and Thompson sported pantsuits at the event. Thompson wore an oversize white suit with a black-and-white striped top. For footwear, the Men In Black: International star chose black pointed-toe heels.

Flip through the gallery to see more celebrities at Wimbledon 2019.