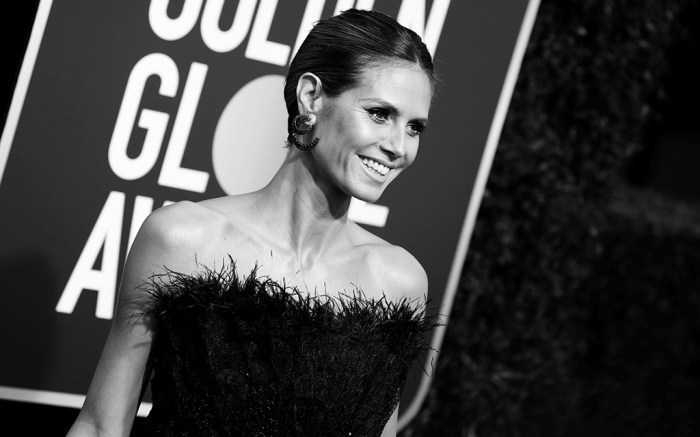 Hollywood kicks off its award season on Sunday with the 76th annual Golden Globes. Entertainment’s finest are expected to grace the red carpet at the Beverly Hilton Hotel in Beverly Hills, Calif., before the awards ceremony begins at 8 p.m. ET.

Leading the film category this year was Adam McKay’s Dick Cheney biopic, “Vice,” which garnered six nominations. Following closely with five nods each were “Green Book,” “The Favourite” and the Lady Gaga-fronted “A Star is Born.” For television, “The Assassination of Gianni Versace” picked up four nominations, with “Barry,” “Sharp Objects” and “The Kominsky Method” scoring three, among others.

Other notable individual nominations include “The Marvelous Mrs. Maisel” lead Rachel Brosnahan for best actress in a TV comedy as well as “Killing Eve” star Sandra Oh for best actress in a TV drama. (A win would mark a historic moment for actresses of Asian descent, which hasn’t seen one since Yoko Shimada took home the award for “Shogun” in 1980.)

It’s a busy year for Oh, who will also take the stage alongside Andy Samberg to host the 2019 event. It’s not the first time the two have shared the spotlight together; the actress and the comedian previously presented at the 2018 Emmy Awards.

Audiences can catch red-carpet coverage starting at 6 p.m. ET. The ceremony itself will air on NBC, but viewers without cable can watch the live show via streaming services and devices including the network’s app, website and Facebook page as well as YouTube TV, DirecTV and Hulu Live TV.

Only 2 DAYS until Hollywood's Party of the Year™ begins! Join us on Facebook as The HFPA Presents: Globes Red Carpet LIVE! at 6PM ET/3PM PT on https://t.co/4fOB9siJmr. pic.twitter.com/3790vjFM7u

See all of the stars on the red carpet.

Did an All-Black Dress Code at the Golden Globes Achieve Its Goal?