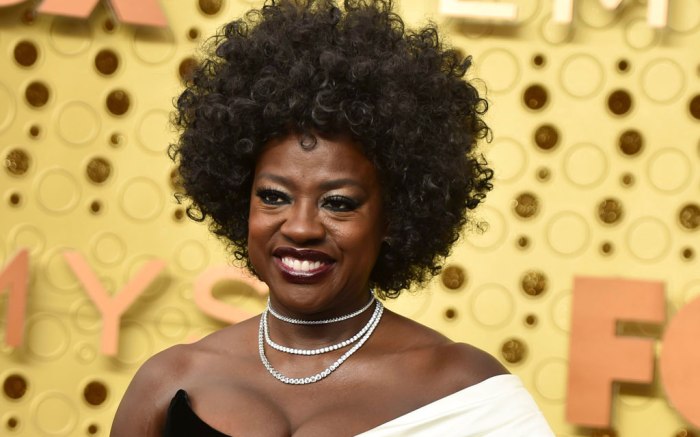 Viola Davis made a shoe statement onstage at the Primetime Emmy Awards in Los Angeles last night — swapping out high heels for sneakers.

For the step and repeat, the 54-year-old actress went with a classic red carpet shoe: platform sandals from Stuart Weitzman. The shoes just barely poked out from underneath her black-and-white Alberta Ferretti dress. Forevermark diamonds completed the look.

Onstage, however, Davis decided to give her feet a break, choosing Hogan sneakers — albeit with a little extra height — as she handed out one of the evening’s statuettes.

The sneakers featured a stacked foam heel, a shiny silver upper and a rounded toe. They’re available for purchase on Farfetch.com for $605.

Hogan was one of the first luxury labels to take on sneakers, launching a high-end version in the ’80s. The brand showed its spring ’20 collection, focused on nature, at Milan Fashion Week this month.

Click through the gallery to see all of the celebrity arrivals on the red carpet at the 2019 Primetime Emmy Awards.