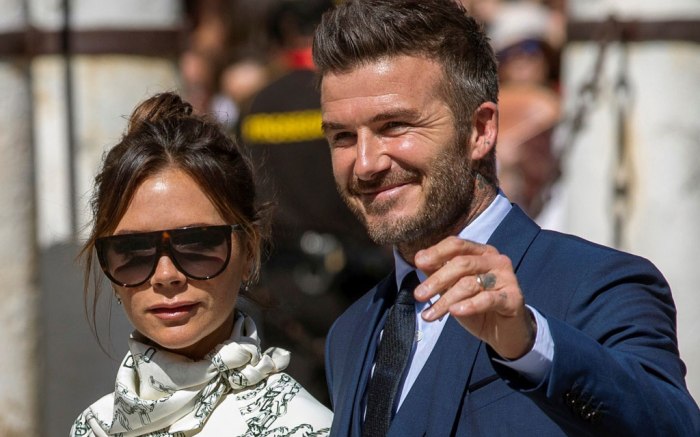 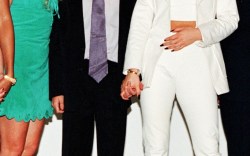 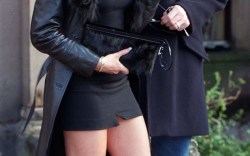 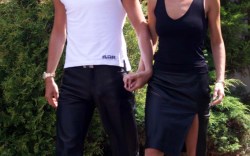 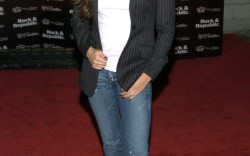 Victoria Beckham and Meghan Markle are two of the biggest style influencers in the U.K., so it comes as no surprise that they would also take cues from one another from time to time.

Never one to adhere to tradition, the designer ignored the age-old adage not to wear white to someone else’s wedding. Accompanied by husband David, Posh looked chic in a cream chain-print midi dress from her eponymous label’s fall ’19 collection. She added a colorful pop to the dress with her footwear, choosing neon pink pointy-toe pumps with a satin finish (also from her brand).

While Beckham is often seen in her own designs, the Duchess of Sussex actually wore the chain-print dress first. It seems VB took a footwear cue from the former “Suits” actress, as Markle teamed the dress with green, satinlike pumps similar to Beckham’s for a March appearance.

Of course, the Beckhams and the royal family are close. The Beckhams attended Markle’s wedding to Prince Harry last year, as well as the 2011 nuptials of Kate Middleton and Prince William.

Click through the gallery to see times Victoria Beckham was spotted smiling.

Below, watch Something Navy’s Arielle Charnas discuss the secret to Instagram success.