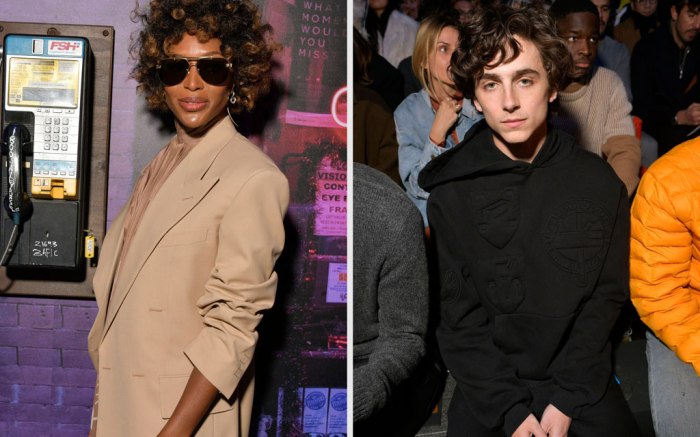 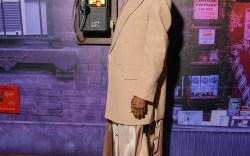 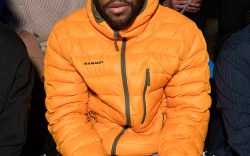 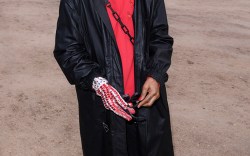 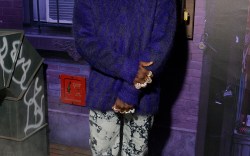 When Virgil Abloh is showing his designs on the runway, the front row is bound to be star-studded.

The designer showed his Louis Vuitton fall ’19 menswear collection at Paris Fashion Week Men’s today, and leading the pack was Timothée Chalamet. The stylish actor (remember when he wore a Louis Vuitton harness to the Golden Globes?) sat front-row in an all-black ensemble, rocking a casual black Louis Vuitton hoodie with skinny black pants. Chalamet’s hair was typically tousled, and he accessorized with a silver band on his index finger.

Naomi Campbell also made a front-row appearance. The supermodel was as chic as ever in a flowing two-tone dress with a high neckline and ruffled skirt, which she wore underneath a beige blazer. For footwear, Campbell selected knee-high tan boots that had a chunky heel. She completed her look with gold-framed aviator shades.

Meanwhile, Natalia Vodianova commanded attention in a look that was all about the footwear. The model sported a white collared minidress with unexpected fanny packs attached to it. She layered a see-through rain slicker on top of the dress. Vodianova added a splash of color to her ensemble with her footwear, choosing knee-high Christian Louboutin boots that looked as if a graffiti artist had spray-painted them. The shoes featured a stiletto heel and pointed toe.

Kid Cudi took the theme literally and applied it to his outfit, piecing together a red, black and white ensemble (classic Jackson colors), complete with one glove.

Click through the gallery to see more celebrity guests at the Louis Vuitton fall ’19 men’s show.