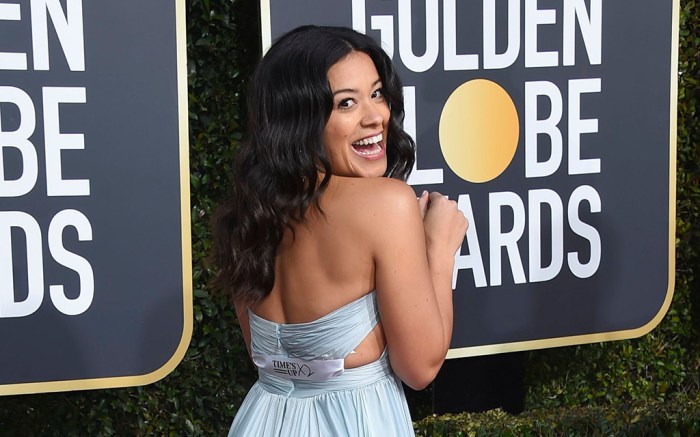 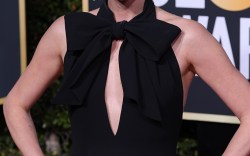 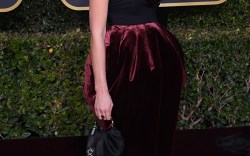 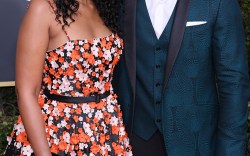 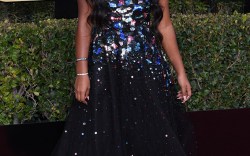 It started as a blackout: After an industry-wide reckoning that saw the downfall of powerful men accused of sexual assault, harassment and abuse, a coalition of guests at the 2018 Golden Globes dressed in black to pledge their allegiance to the Time’s Up movement.

Although this year’s awards show invited much more color, the subject of workplace sexual harassment was present in more ways than one. It manifested itself in pins attached to dresses worn by actresses such as Sarah Hyland, or ribbons donned on wrists, as with Rachel Brosnahan. It even appeared cinched at their backs à la Gina Rodriguez — this time, reading “Time’s Up x2.”

In its second year, the movement seeks a new goal: to double the number of female leaders in departments where they remain underrepresented. With her son wearing a pin himself, Regina King addressed the subject during a speech following her win for best supporting actress in “If Beale Street Could Talk.”

“I’m going to use my platform right now to say in the next two years, everything that I produce, I am making a vow — and it’s going to be tough — to make sure that everything that I produce is 50 percent women,” she said. “And I just challenge anyone out there who is in a position of power — not just in our industry, in all industries — I challenge you to challenge yourselves and stand with us in solidarity and do the same.”

Another major moment stemmed from Hollywood Foreign Press Association president Meher Tatna, who also declared her support for the movement by wearing a pin. The organization, which conducts the awards and is composed of about 90 international members, made even more headlines with its announcement of $2 million in grants to the Reporters Committee for Freedom of the Press and InsideClimate News.

“The freedom of expression that makes possible your work as creators and our work as journalists is under siege, which is why our mission to establish cultural ties has never been more important,” Tatna said onstage. Over the last 25 years, the HFPA has donated more than $33 million to nonprofit groups including Women in Film, Women Make Movies and GlobalGirl Media.

The latest mix of glamour and activism comes a year after the launch of the Time’s Up Legal Defense Fund, spearheaded by a number of Hollywood’s leading ladies, including Reese Witherspoon, Oprah and Shonda Rhimes. (Administered by the National Women’s Law Center, the fund is committed to bringing legal and media help to individuals who have experienced sexual misconduct and retaliation in the workplace.)

Other celebrities who donned “Time’s Up x2” pieces were Julianne Moore, Charlize Theron and “The Good Place” star D’Arcy Carden, as well as Idris Elba and E! Live host Ryan Seacrest, who received backlash on social media nearly a year after being accused of sexual misconduct.

Click through the gallery to see the stars who showed support for Time’s Up at the 2019 Golden Globes.

#TimesUp: 4 Mistakes Companies Can’t Afford to Make in the Era of the Movement