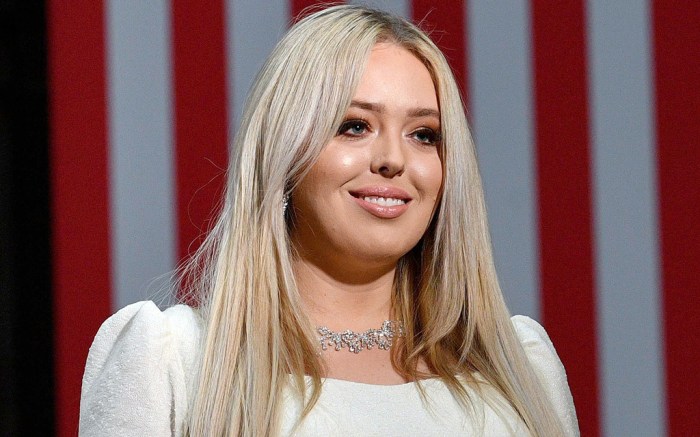 Tiffany Trump is the daughter of Donald Trump and actress Marla Maples and has been subjected to the public eye since she was a baby. But since her father was elected the 45th president of the United States in 2016, the 25-year-old has received even more media attention.

She kicked off the summer with a London visit and Trump’s re-election rally in Orlando, Florida, and has since been documented traveling around the world. Keep scrolling to check out some of her top style moments as of late.

At the former television personality’s Orlando rally, Trump wore a navy double-breasted sleeveless dress cinched at the waist with a belt and pointy white stilettos featuring a bejeweled toe.

In London, she wore an off-white long-sleeve dress with a pleated skirt and sparkly ivory satin embellished pumps with a pointed toe.

Tiffany Trump Does the Platform Pump Trend in New York