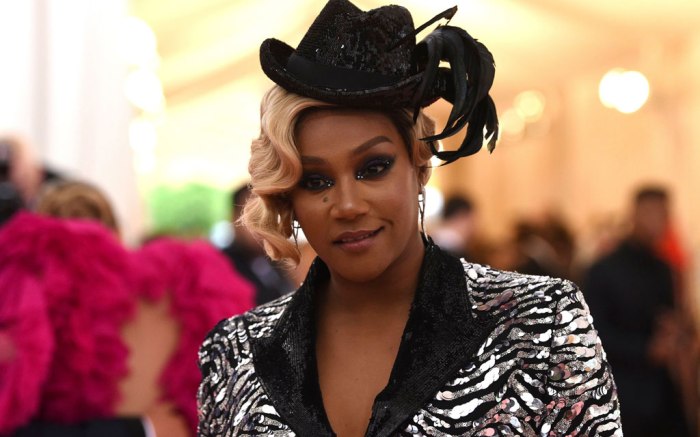 Tiffany Haddish brought her A-game tonight in New York at the 2019 Met Gala — and she didn’t leave her humor behind, either.

The 39-year-old turned heads in a Michael Kors look: a silver and black zebra-striped pantsuit. The pants featured wide legs that hid her footwear underneath, while the blazer had a plunging neckline (Haddish went shirtless underneath for an edgy look).

The comedienne accessorized with a matching clutch — but rather than keeping mints or lipstick inside, Haddish revealed she was carrying dinner.

“I thought I was bringing s’mores,” she joked, referencing the gala’s camp theme. “There’s not enough food, so I brought chicken in my bag.”

The “Girls’ Trip” star pulled together her look with a teensy black top hat that she wore perched asymmetrically on top of her head. She wore her blond locks pulled into an updo.