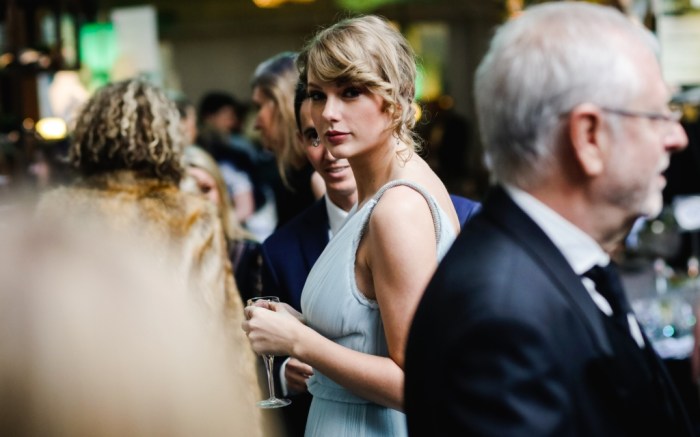 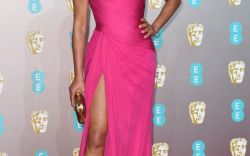 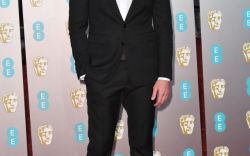 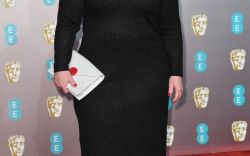 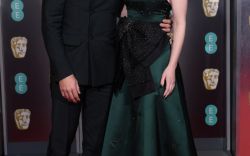 Taylor Swift skipped the 2019 Grammy Awards this year to support her man. The pop star, whose sixth studio album, “Reputation,” was nominated for a Grammy, made a surprise appearance at the BAFTA party at Annabel’s in London.

Her boyfriend is British actor Joe Alwyn, whose film “The Favourite” won big at the BAFTAs last night, sweeping up seven awards. The 29-year-old “Look What You Made Me Do” singer wore a pretty ice blue look for the occasion. She donned a $6,590 cashmere wrap-front coat courtesy of Max Mara over a Stella McCartney gown in nearly the same hue.

Swift took to Instagram to congratulate “The Favourite” and thank the British designer for her dress. She shared a simple photo of herself from the party with her hands on her knees. “AHHHHH @thefavouritemovie just won 7 @bafta awards !!! Bout to go give some high fives – thanks @stellamccartney for this dressss,” she wrote.

For shoes, she chose Rupert Sanderson’s Nicolette sandals in a dusty pink velvet. Swift pulled things together with a pair of 18-karat rose gold diamond and topaz interlinked hoop earring from Delfina Delettrez.

For more style from the 2019 BAFTAs, check out the gallery.

Taylor Swift Is Starring in ‘Cats’: Here Are All the Times She’s Worn Cat-Themed Outfits