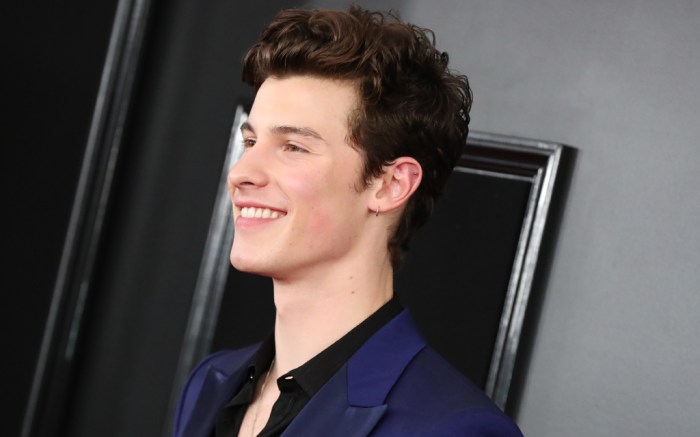 While most eyes are drawn to the dazzling women on the Grammy Awards’ red carpet, we have to give a shoutout the best dressed men of the night. From dark boots to smooth loafers, here are some of the best-dressed men at the Grammys.

Shawn Mendes was a standout on the red carpet in his sharp navy suit. The singer, who is set to perform with Miley Cyrus during the show, paired his look with black pointed-toe boots.

Ricky Martin brought along the cutest date for the night: his son Matteo. While Matteo himself was serving looks in his leather jacket and Nike sneakers, Martin brought a mature appeal in a patterned button down and white and black leather kicks.

Though his girlfriend, Jennifer Lopez, may have stolen the show, Alex Rodriguez did a grand job at keeping up with her pace. The former baseball star wore a unique tuxedo complete with a tie-dyed jacket and black leather dress shoes.

Rapper Swae Lee looked dapper for his red carpet appearance in a lace shirt and studded gray trousers. His shoe of choice was a velvet gray loafer with black and silver detailing.

Leave it to musical legend, Smokey Robinson, to make one of the most memorable appearances of the evening. Alongside his wife, Frances Glandney, Robinson had on a smooth red and black tuxedo and black square-toe shoes.

See all the red carpet arrivals at the 2019 Grammy Awards here.