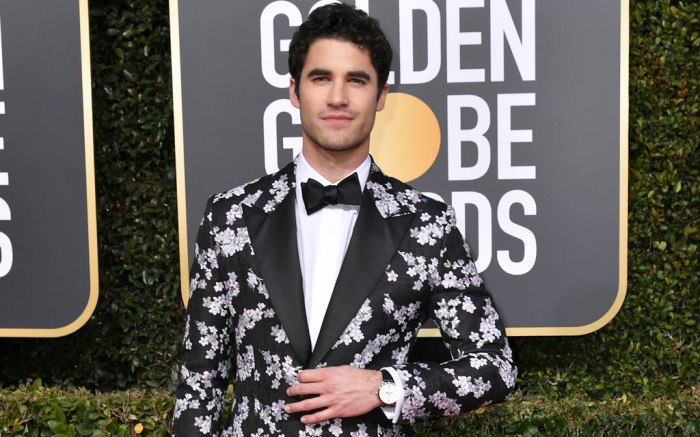 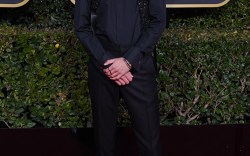 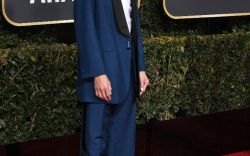 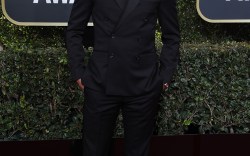 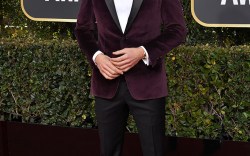 While most of the awards show fashion talk centers around the women, the men didn’t disappoint on the 2019 Golden Globes red carpet in Los Angeles tonight.

Leading the pack was Darren Criss. Rather than opt for an understated black tuxedo, the “Glee” alum hit the red carpet in a floral jacket and black trousers by Dior. Criss — who is nominated tonight for his work on the mini-series “The Assassination of Gianni Versace: American Crime Story” — completed his unexpected ensemble with a pair of square-toed black dress shoes by Christian Louboutin.

Timothee Chalamet went with a surprising — but successful — ensemble of his own. The actor wore a sparkly harness designed by Virgil Abloh for Louis Vuitton. The actor wore the harness over a black long-sleeved shirt, slim-fitting trousers and shiny black shoes.

Troye Sivan came clad in a blue Calvin Klein suit with wide-legged pants. Where Sivan added an element of interest was with his footwear. He selected square-toed shoes with mirrored heels —  an androgynous style that played perfectly off the current Western boot trend.

Elsewhere, Michael B. Jordan proved that a black suit can still be interesting. The “Black Panther” star mixed things up with a double-breasted Burberry blazer, wearing a diamond-studded pin on his lapel. Jordan completed his ensemble with Burberry derby shoes and a bowtie.

Click through the gallery to see more stylish men at the 2019 Golden Globes.

Sparkly Looks Are Trending on the Golden Globes Red Carpet