An Inside Look at the Governor’s Ball Emmys After-Party 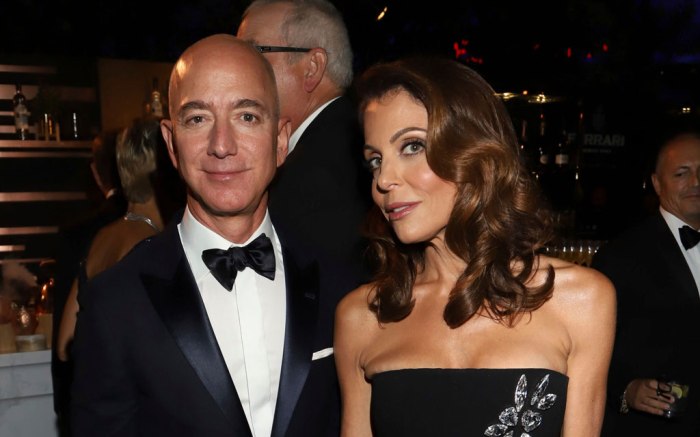 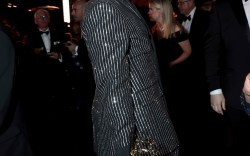 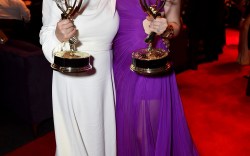 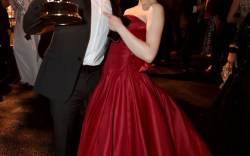 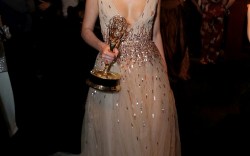 After the show at Los Angeles’ Microsoft Theater, stars stuck around for the Governor’s Ball, where the trophies are engraved with winners’ names. While this portion of the evening didn’t air on Fox, pictures from inside the celebration provide a more intimate look at the biggest stars.

In addition to chatting with Bezos, Frankel caught up with Billy Porter, who made history as the first openly gay black man to win for Outstanding Actor in a Drama. The “Pose” star wore a sparkly pinstriped pantsuit from Michael Kors and an asymmetrical hat as he wielded his trophy.

Both women wore their dresses — a white LBV frock for Arquette and a purple Cong Tri piece for Garner — straight from the red carpet. Garner changed her shoes, though, swapping strappy black platform sandals for fluffy bedroom slippers.

Elsewhere, Zendaya looked stylish in a floral-print Alexandre Vauthier dress with white, pointed-toe pumps. It was a second look for the “Euphoria” star, who sported a green Vera Wang gown with matching heels at the Emmys.

Swipe through the gallery for more photos from the Governor’s Ball.