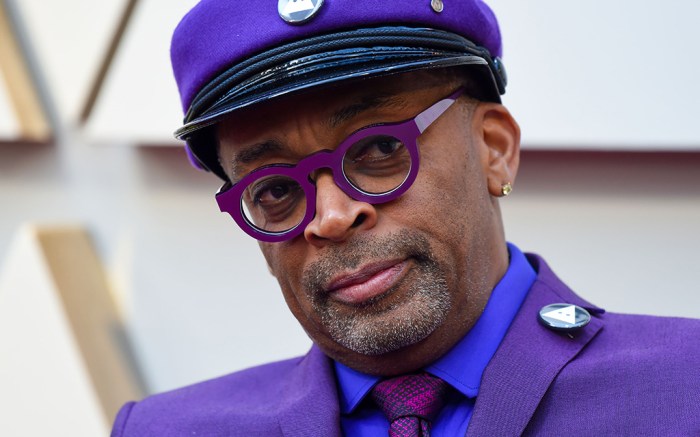 Easily one of the best-known directors of our time, Spike Lee has long been shut out when it comes to the Oscars. But not this year.

The 61-year-old picked up three nominations for “BlacKkKlansman,” winning in the Best Adapted Screenplay category.

He stepped out on the red carpet in a bold purple Ozwald Boateng suit that played homage to Prince, which he teamed with a custom-made necklace by Amedeo Scognamiglio that was made of gold, diamonds and opals.

The highlight of the look, though, was the shoes. Lee eschewed formal footwear in favor of Jordan Brand sneakers. Designed by Tinker Hatfield, the kicks were commissioned for the director by none other than NBA legend Michael Jordan.

Lee was ecstatic upon learning of his big win, jumping into the arms of presenter Samuel L. Jackson after making his way up to the stage.

Click through the gallery for more celebrity arrivals at the 2019 Academy Awards.