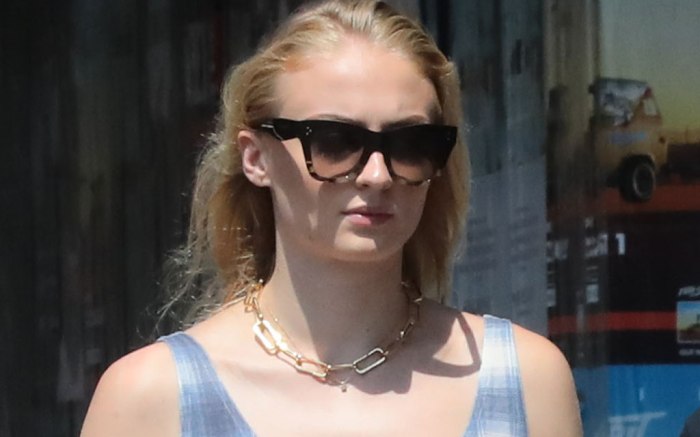 Sophie Turner knows an “it” brand when she sees one.

The 23-year-old actress hit the streets of New York yesterday wearing sandals by Staud, whose co-founder Sarah Staudinger appears on the front of FN’s Emerging Talent issue this week.

Turner stepped out in a plaid minidress teamed with black-and-white gingham sandals from the buzzy label.

Her Staud sandals boasted a trendy curved heel, with a delicate bow detail at the toe. The shoes retail for $275 and are available on the brand’s website.

Staud is one of several emerging labels to tap into the ’90s nostalgia factor, with plenty of mules and square toes featured in its footwear collection. Staudinger, formerly fashion director of Reformation, launched her own line in 2015. It has soared recently, with Forbes reporting 2018 sales numbers at $20 million, five times the sales volume for 2017.

There was this lack in the market for a specific type of girl,” said Staudinger. “It felt very trend-driven and almost disposable, and not at the price point that was a sweet spot.”

As Staud continues to grow, it can count Turner as a major fan. The “Game of Thrones” star has worn the label before — dressing in head-to-toe Staud in a checked romper and baby blue sandals on a June trip to Paris.

Flip through the gallery for more of Sophie Turner’s street style.

Watch the video below to see Something Navy’s Arielle Charnas talk the secret to Instagram success and more.