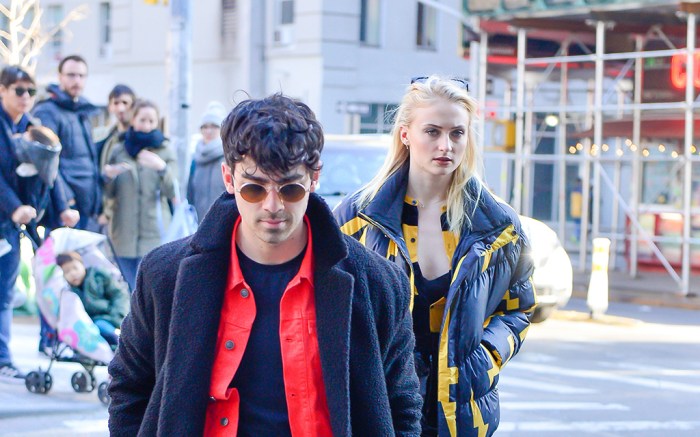 Although it may have been more fitting for a fancy dinner than courtside, the “Game of Thrones” star’s designer getup was a sartorial triumph at Madison Square Garden, where the Knicks suffered a 102-94 loss to the Sacramento Kings.

The sleek patent skirt complemented her lightweight tights, which made way for a pair of Louis Vuitton slingbacks with a two-inch heel and the French fashion house’s distinguishable crest placed front and center.

The actress was accompanied at the game by her parents as well as fiancé Joe Jonas, who recently appeared on “The Late Late Show With James Corden” to reveal that the two plan to get married as soon as this year.