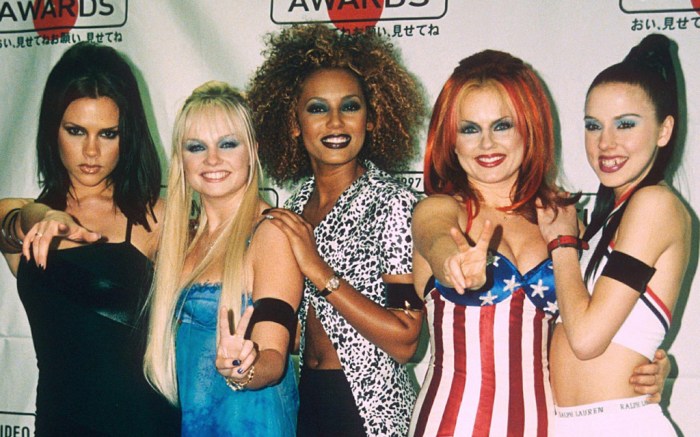 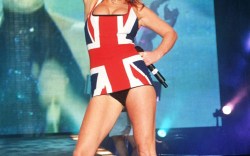 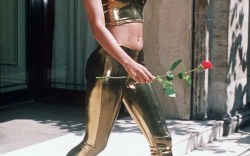 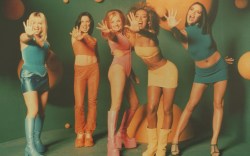 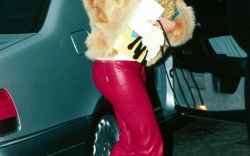 The Spice Girls are back — and in the coolest shoes.

Sophia Webster has teamed up with the group’s costume designer, Gabriella Slade, to create chic shoes that represent each of the Girls’ individual identities.

Four of the group’s original members — Melanie Brown (Scary), Melanie Chisholm (Sporty), Emma Bunton (Baby) and Geri Halliwell (Ginger) — are back. Victoria Beckham (Posh) is skipping the tour, having put her singing days behind her in favor of a career in fashion (she has an eponymous luxe label and is a Reebok collaborator).

For the Spiceworld Tour 2019, Webster developed sandals for Mel B, Bunton and Halliwell, while Mel C is in a sneaker to go with her Sporty persona.

The sandals are custom versions of the Rosalind Gem sandal, one of Webster’s signature styles. The designer gave the sandals a chunky heel for extra stability onstage, adding a platform for Bunton and extra straps for Mel B.

🌟 STOP RIGHT NOW🌟 I am SO excited to share with you my custom #SophiaWebsterXSpiceGirls designs for the #SpiceWorld2019 tour! ✨As a first generation @spicegirls superfan, it was an honour to design this collection for my OG’s of #girlpower✌🏼⚽🐆🎀🇬🇧 Thank you so much to the #SpiceGirls and @sladegabriella for allowing me to be a part it all 🙌 More to follow.. Sophia x @emmaleebunton #SophiaWebster 💕📸 @timmsy

Mel C’s sneakers are a special version of the Wavy silhouette, re-created in a tonal blue fabric.

“As a first generation @spicegirls superfan, it was an honour to design this collection for my OG’s of #girlpower,” Webster wrote on Instagram. “Thank you so much to the #SpiceGirls and @sladegabriella for allowing me to be a part it all.”

The Spice Girls’ reunion tour kicked off this week. The group has tour dates in the U.K. through June, with dates in Wantagh, N.Y., set for Sept. 27-28.

Flip through the gallery to see the Spice Girls’ iconic shoe moments.

Watch shoe designers including Sophia Webster discuss what designing shoes means to them.

A Look Back at the Spice Girls’ Most Iconic Shoe Moments