Is the Gucci Ban Over After Blackface Controversy? Snoop Dogg Wants to Know 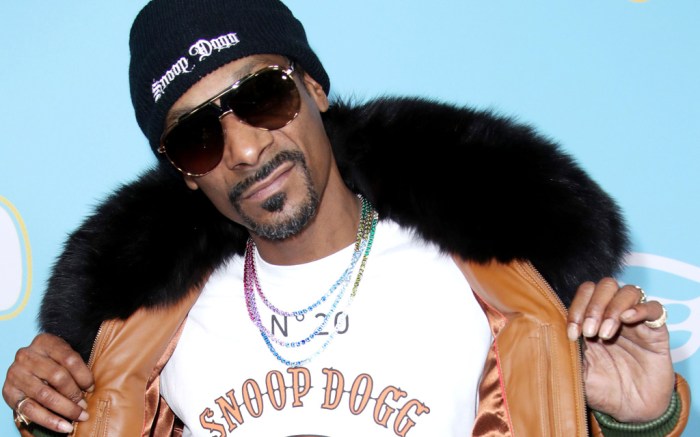 After many stars wore Gucci goods to the Met Gala, Snoop Dogg wants to know if it’s “gucci” to wear items from the brand.

“Is the ban off or not?” the rapper inquired in a video posted to his Instagram account yesterday. “Y’all gotta let me know, because I got a lot of s**t in here that I ain’t gave away yet.”

The ban Snoop speaks of came after blackface allegations were raised against Gucci this year. Social media went ablaze with criticism against the Italian label in early February when it released a pull-on balaclava sweater with highlighted red lips at the mouth opening. The controversy led to pledges to boycott the brand.

A week after the blackface allegations surfaced, Gucci launched a series of initiatives designed to foster cultural diversity. President and CEO Marco Bizzarri said Gucci accepted “full accountability for this incident, which has clearly exposed shortfalls in our ongoing strategic approach to embedding diversity and inclusion in both our organization and in our activities.”

Many celebrities came to the Met Gala clad in Gucci, which is one of the sponsors of this year’s Costume Institute exhibit (creative director Alessandro Michele was a co-chairman of the ball). Harry Styles, Jared Leto, Ashley Graham and 21 Savage were among the stars wearing the luxury label.

Snoop explained that the internet “said nothing” about the many Gucci-wearing Met Gala-goers.

The 47-year-old’s video inquiry came after he posted a Met Gala meme featuring his likeness Photoshopped onto Leto. The 30 Seconds to Mars frontman came to the event carrying a model of his own head.

See the red carpet arrivals at the 2019 Met Gala.

Below, go behind the scenes with Meek Mill at his FN cover shoot.