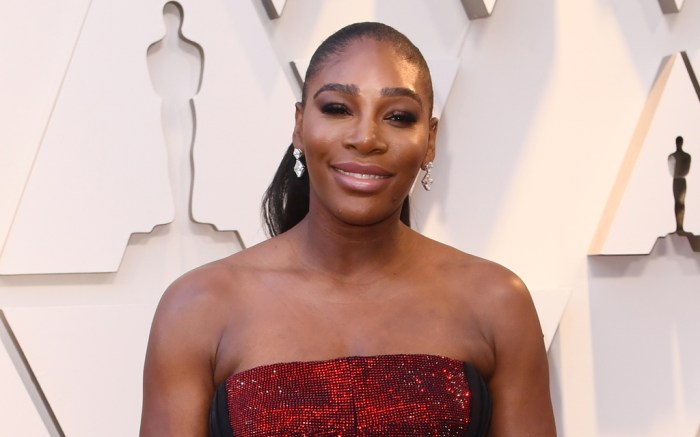 Ahead of the television premiere of her newest “Dream Crazier” Nike ad tonight, tennis star Serena Williams looked like the vision of our dreams on the Oscars red carpet.

She slicked back her hair in to a high ponytail and wore a mermaid-style black strapless gown complete with ruched detailing and a ruby-red panel on top.

Williams attended the event as a presenter, introducing “A Star Is Born” for its Best Picture nomination.

Her date for the night was a close friend, as she told her Instagram fans that she attended without her husband, Alexis Ohanian, who stayed at home with their daughter. She also posted a story of herself playing a quick game of tennis with the caption: “Pre-Oscars beauty routine.”

The Nike ambassador released a new commercial for the brand today that premieres during the 91st annual Academy Awards. She shared the video earlier on her Twitter account.

The video features Williams narrating over a series of clips of fellow female professional and amateur athletes who too have made history in sports like track, basketball and even football.

If they think your dreams are crazy, show them what crazy dreams can do. #justdoit pic.twitter.com/m5xMlC3vhc

See all the celebrity red carpet at the 2019 Academy Awards here.